14 JUNE 2013 - PATHEIN, AYEYARWADY, MYANMAR: A worker sets out waterproof umbrellas to dry at the Shwe Sar umbrella factory in Pathein. Pathein is a center of the Burmese umbrella and parasol industry. Most are actually parasols made in the traditional Burmese way using treated paper which is not water proof. Shwe Sar's umbrella's are made with treated cloth and are waterproof. Since US and European sanctions have been lifted businesses in Myanmar have seen an explosion in exports. Shwe Sar exports most of their umbrellas to Europe. Pathein, sometimes also called Bassein, is a port city and the capital of the Ayeyarwady Region, Burma. It lies on the Pathein River (Bassein), which is a western branch of the Irrawaddy River. It's the fourth largest city in Myanmar (Burma) about 190 km west of Yangon. PHOTO BY JACK KURTZ 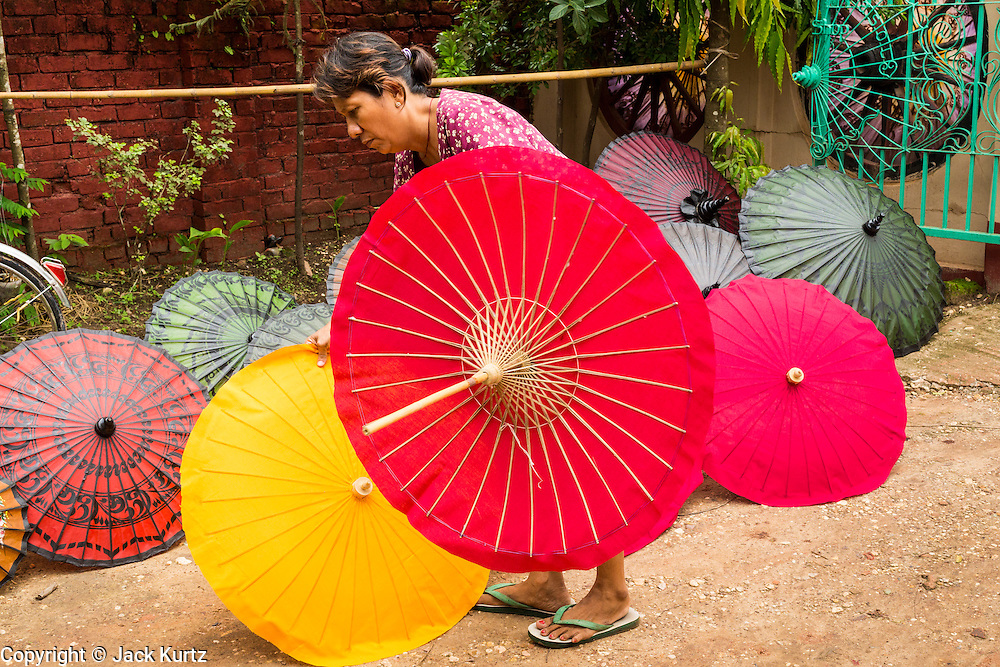