05 DECEMBER 2012 - BANGKOK, THAILAND: A Bangkok high school drill team marches to the Grand Palace in a parade during the public ceremony to celebrate the birthday of Bhumibol Adulyadej, the King of Thailand, on Sanam Luang, a vast public space in front of the Grand Palace in Bangkok Wednesday night. The King celebrated his 85th birthday Wednesday and hundreds of thousands of Thais attended the day long celebration around the Grand Palace and the Royal Plaza, north of the Palace. The Thai monarch is revered by most Thais as unifying force in Thailand's society, which is not yet recovered from the political violence of 2010. PHOTO BY JACK KURTZ 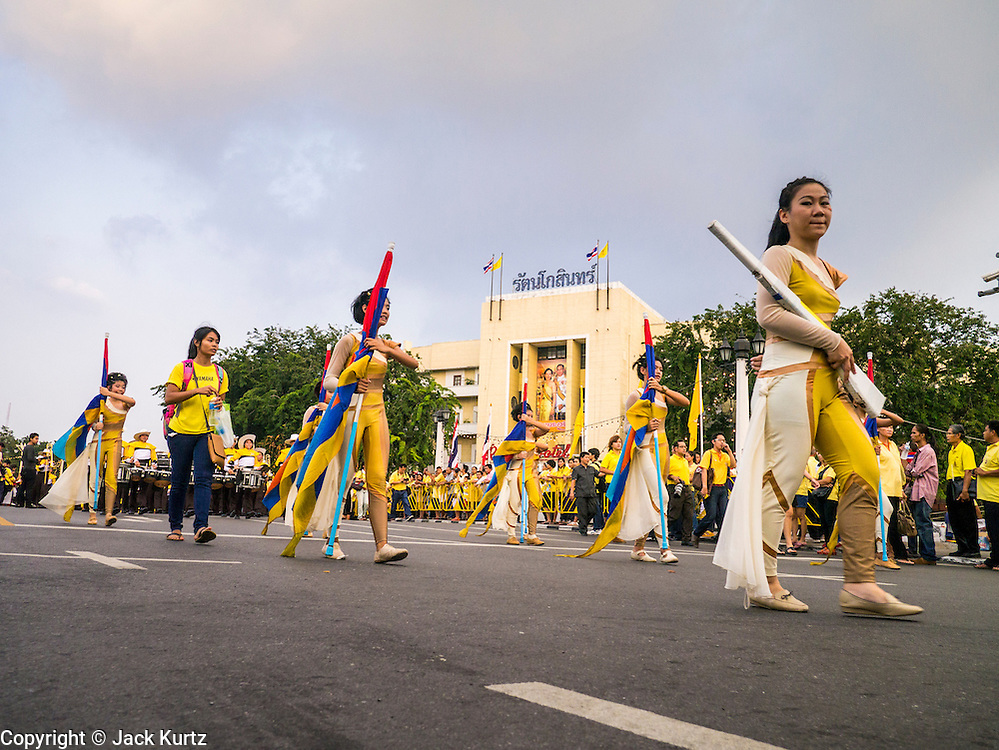