30 NOVEMBER 2011 - PHOENIX, AZ: The chief of security at the Westin Kierland Resort and Spa uses a Segway scooter to get around while he and Phoenix police watch anti-ALEC protesters at the gate to the resort Wednesday. About 300 people picketed the American Legislative Exchange Council (ALEC) conference at the Westin Kierland Resort and Spa in Phoenix, AZ, Wednesday. The protesters claim ALEC, a conservative think tank, violates its tax exempt status by engaging in lobbying, a charge ALEC officials deny. Many conservative pieces of legislation, like Arizona's anti-immigration bill SB1070, originate with ALEC conferences (SB 1070 originated at an ALEC conference several years ago). Many of the protesters are also members of the Occupy movement. PHOTO BY JACK KURTZ 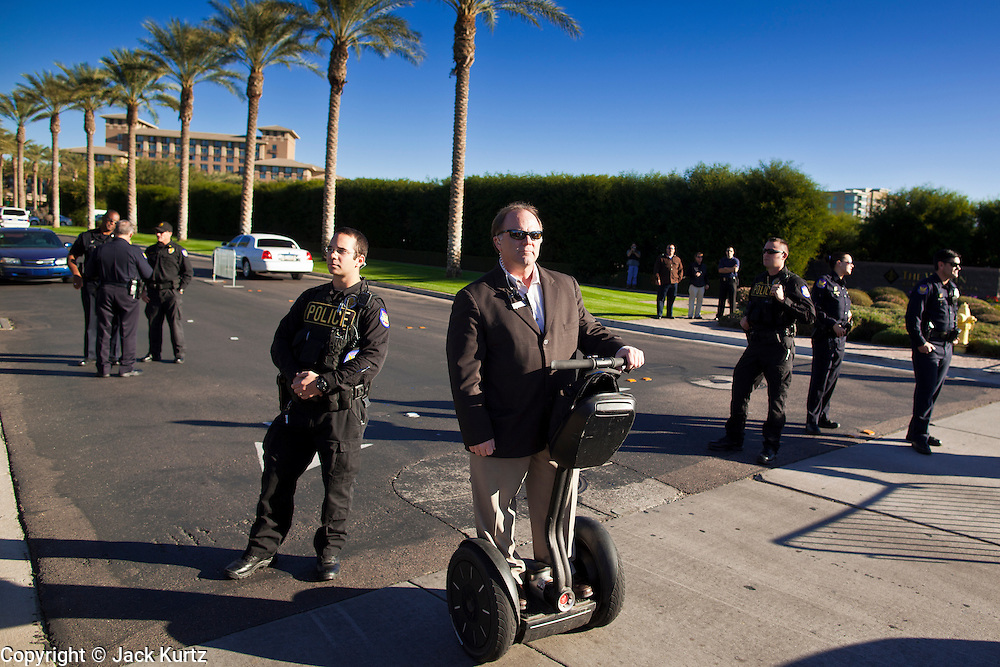