24 APRIL 2013 - SAMUT SONGKHRAM, SAMUT SONGKHRAM, THAILAND: A migrant salt worker walks back to works after getting a drink of water while piling salt together in a field in Samut Songkhram, Thailand. The 2013 salt harvest in Thailand and Cambodia has been impacted by unseasonably heavy rains. Normally, the salt fields are prepped for in December, January and February, when they're leveled and flooded with sea water. Salt is harvested from the fields from late February through May, as the water evaporates leaving salt behind. This year rains in December and January limited access to the fields and rain again in March and April has reduced the amount of salt available in the fields. Thai salt farmers are finishing the harvest as best they can, but the harvest in neighboring Cambodia ended 6 weeks early because of rain. Salt has traditionally been harvested in tidal basins along the coast southwest of Bangkok but industrial development in the area has reduced the amount of land available for commercial salt production and now salt is mainly harvested in a small part of Samut Songkhram province. PHOTO BY JACK KURTZ 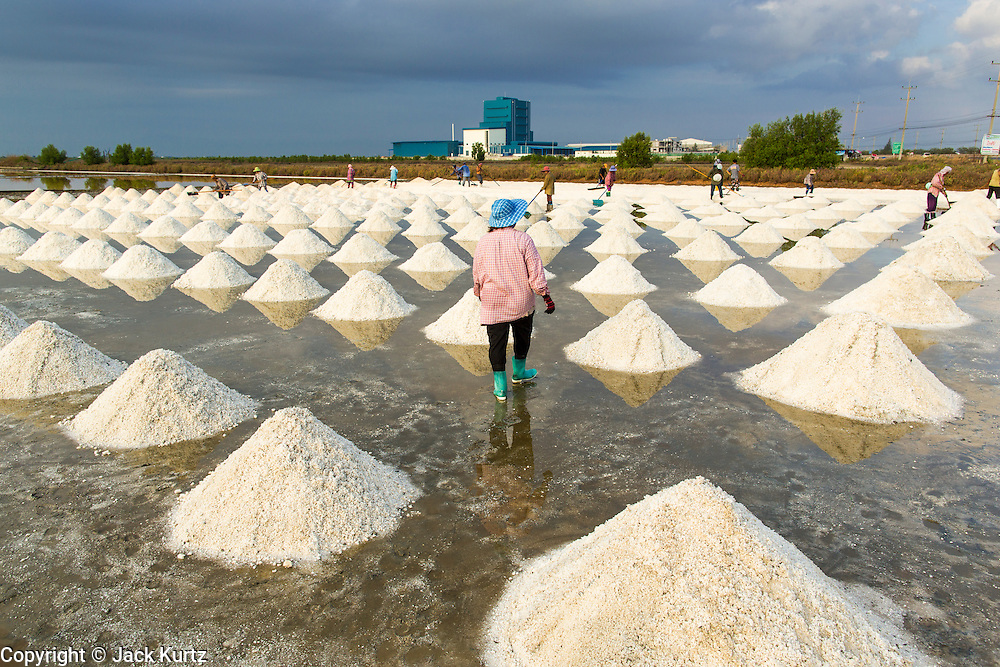