29 MAY 2014 - BANGKOK, THAILAND: General SOMYOT POOMPANMOUNG, deputy national police chief of Thailand, inspects Thai soldiers on duty around Victory Monument. More than 1,300 soldiers and police were used to prevent an outbreak of protests at the Monument. After a series of protests around Victory Monument earlier in the week, the Thai army Thursday shut down vehicle access to the area, one of the main intersections in Bangkok, and kept people out of the area. Thousands of soldiers surrounded the Monument and effectively locked the area down. There were no protests at Victory Monument for the first time in the week since the coup deposed the elected civilian government. PHOTO BY JACK KURTZ 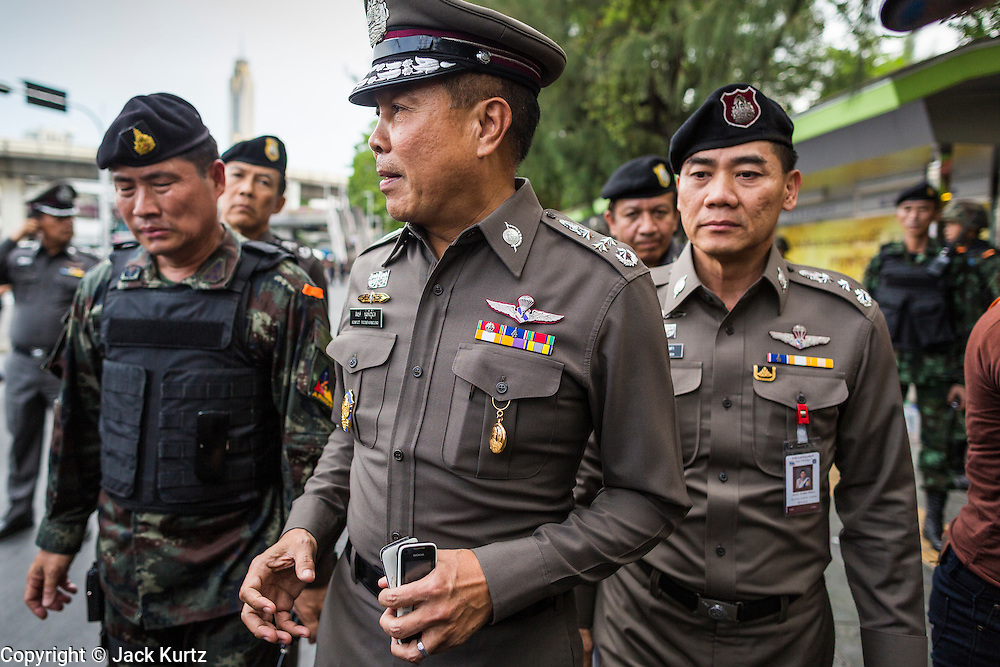