30 DECEMBER 2013 - BANGKOK, THAILAND: A woman sleeps in her tent at the anti-government protest site near Government House in Bangkok. She is wearing yellow, the color of the Thai monarchy, and has a picture of Bhumibol Adulyadej, the King of Thailand, in her tent. Most of the protestors are ultra monarchists. Violence around the anti-government protest sites has escalated in recent days and several protestors have been hurt by small explosive devices thrown at their guard posts. As a result, protestors are fortifying their positions with sandbags and bunkers. Suthep Thaugsuban, the leader of the anti-government protests in Bangkok, has called for a new series of massive protests after the 1st of the year and said it the shutdown, or what he described was the seizure of the capital, would be the day when “People’s Revolution” would "begin to end and uproot the Thaksin regime." PHOTO BY JACK KURTZ 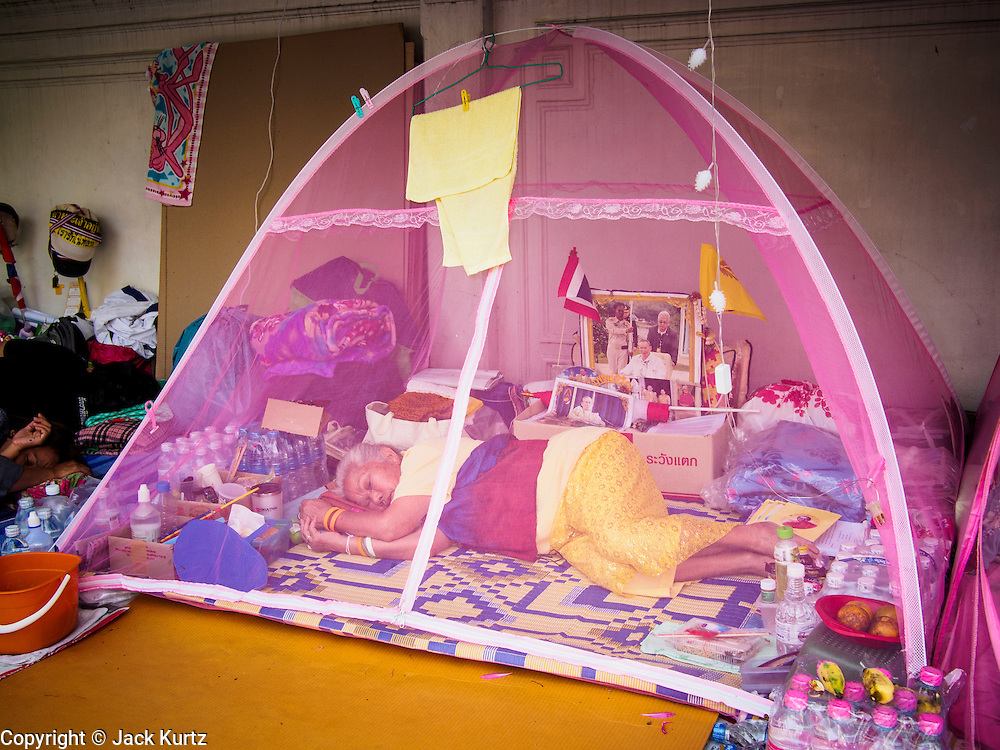