28 NOVEMBER 2014 - BANGKOK, THAILAND: People in yellow and carrying Thai flags walk through the lobby of Siriraj Hospital, home of Bhumibol Adulyadej, the King of Thailand before the King's birthday. The King was born on December 5, 1927, in Cambridge, Massachusetts. The family was in the United States because his father, Prince Mahidol, was studying Public Health at Harvard University. He has reigned since 1946 and is the world’s currently reigning longest serving monarch and the longest serving monarch in Thai history. Bhumibol, who is in poor health, is revered by the Thai people. His birthday is a national holiday and is also celebrated as Father’s Day. He is currently hospitalized in Siriraj Hospital, recovering from a series of health setbacks. Thousands of people come to the hospital every day to sign get well cards for the King. People wear yellow at events associated with the King because he was born on a Monday, and yellow is Monday's color in Thai culture. It's also the color of the monarchy. PHOTO BY JACK KURTZ 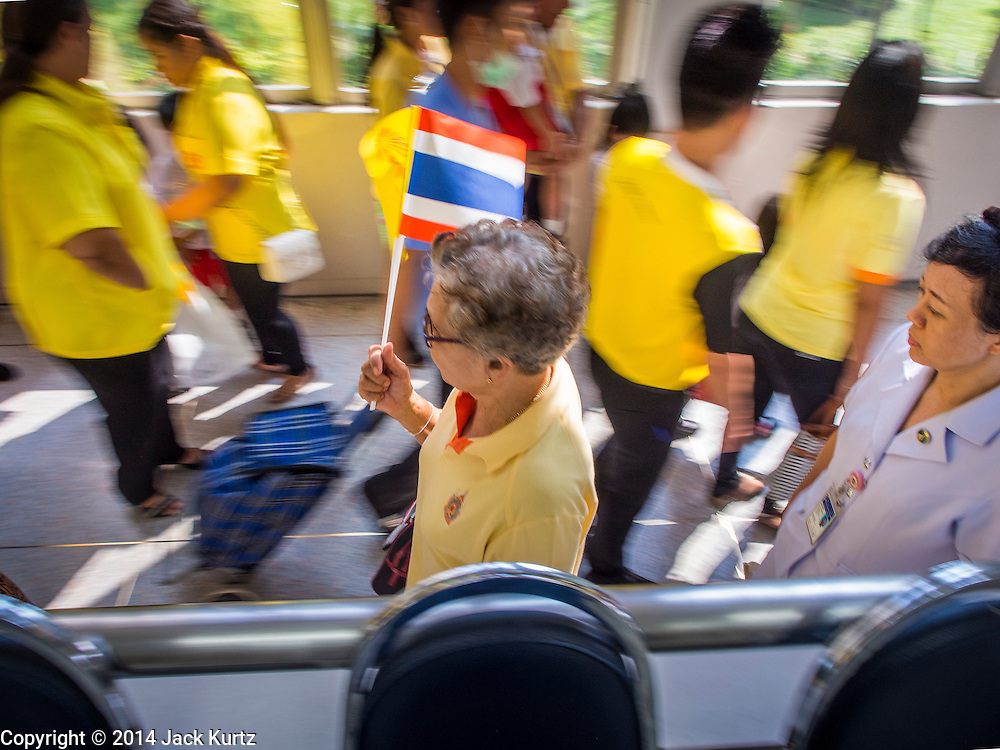