24 JANUARY 2018 - GUINOBATAN, ALBAY, PHILIPPINES: LENI ROBREDO, the Vice President of the Philippines, talks to officials at the Barangay Maninila Evacuation Center in Guinobatan East Central School. She visited with evacuees at several evacuation centers Wednesday. The Mayon volcano continued to erupt Tuesday night and Wednesday forcing the Albay provincial government to order more evacuations. By Wednesday evening (Philippine time) more than 60,000 people had been evacuated from communities around the volcano to shelters outside of the 8 kilometer danger zone. Additionally, ash falls continued to disrupt life beyond the danger zones. Several airports in the region, including the airport in Legazpi, the busiest airport in the region, are closed indefinitely because of the amount of ash the volcano has thrown into the air. PHOTO BY JACK KURTZ 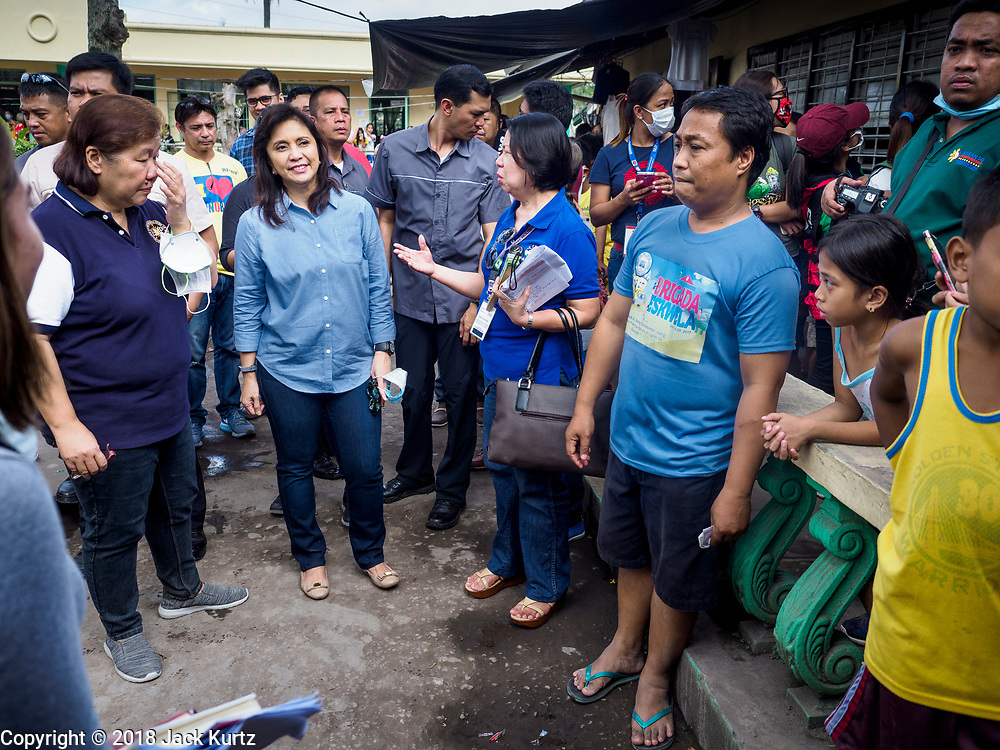