05 AUGUST 2013 - BANGKOK, THAILAND: An Anti-government protestor waves the Thai national flag and the flag of the Thai monarchy while she holds up a picture of Bhumibol Adulyadej, the King of Thailand, during an anti-government protest in Bangkok. About 500 people, members of the People's Army against Thaksin Regime, a new anti-government group, protested in Lumpini Park in central Bangkok. The protest was peaceful but more militant protests are expected later in the week when the Parliament is expected to debate an amnesty bill which could allow Thaksin Shinawatra, the exiled former Prime Minister, to return to Thailand. PHOTO BY JACK KURTZ 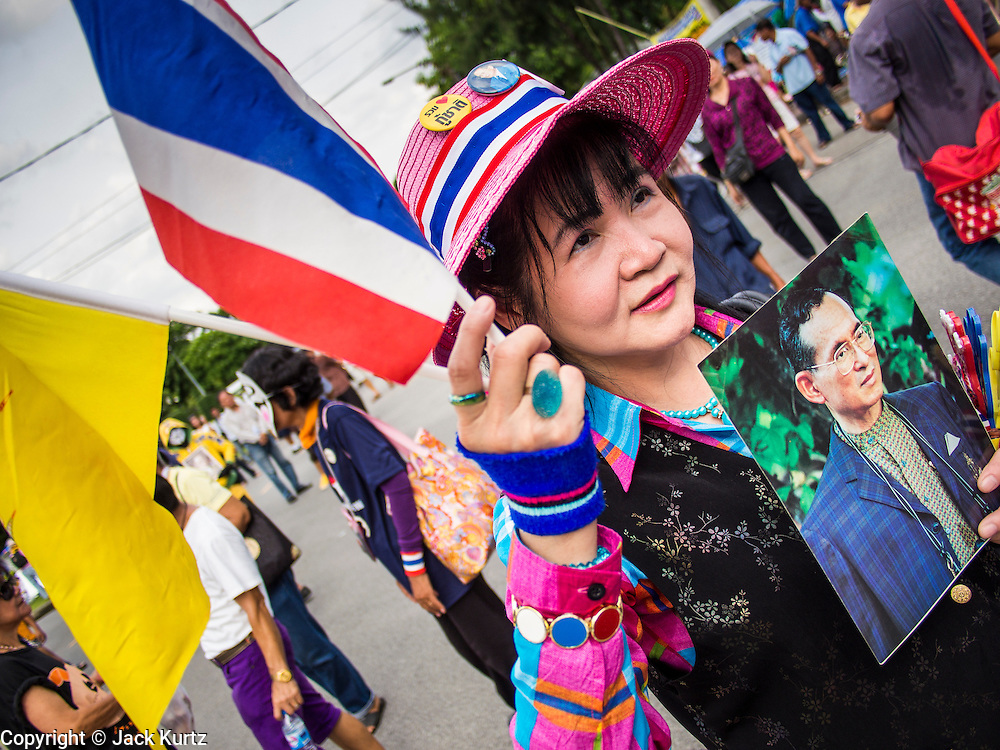