05 DECEMBER 2009 -- PHOENIX, AZ: MANUEL DELGADO (right) and other protestors hold the coffin of "civil rights" during a protest in front of the Maricopa County Board of Supervisors offices in Phoenix, AZ, Monday. About 200 people from several Phoenix area civil rights groups held a mock "funeral" for civil rights in Phoenix Monday to protest actions taken by the Maricopa County Board of Supervisors recent decisions that limit protestors' ability to speak out against Sheriff Joe Arpiao during Board of Supervisors meetings. The protestors have been attending meetings to protest the Sheriff's series of anti-immigrant sweeps in Latino neighborhoods of Phoenix. Photo by Jack Kurtz / ZUMA Press 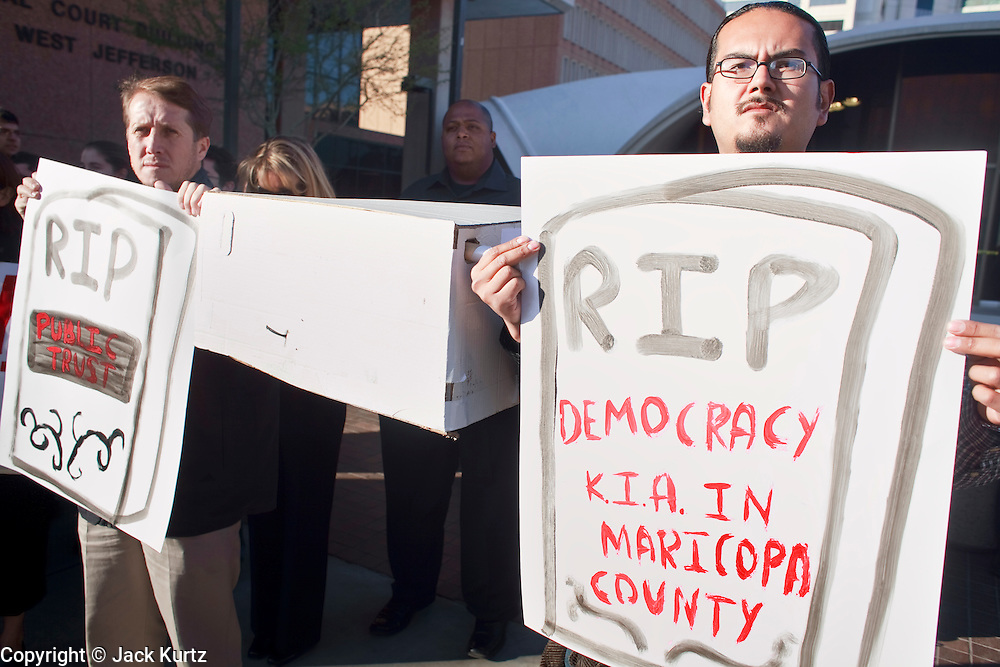