22 SEPTEMBER 2011 - NEW YORK, NY: People have written in the dust encrusted windows of a closed deli on Liberty Street in lower Manhattan near "Ground Zero" at the World Trade Center complex after the WTC terrorist attack, Sept. 22, 2001. More than 2,900 people were killed when terrorists crashed two airliners into the towers on Sept. 11, 2001. Everything for miles around the WTC was covered in dust and ash when the 110 story tall towers collapsed. PHOTO BY JACK KURTZ 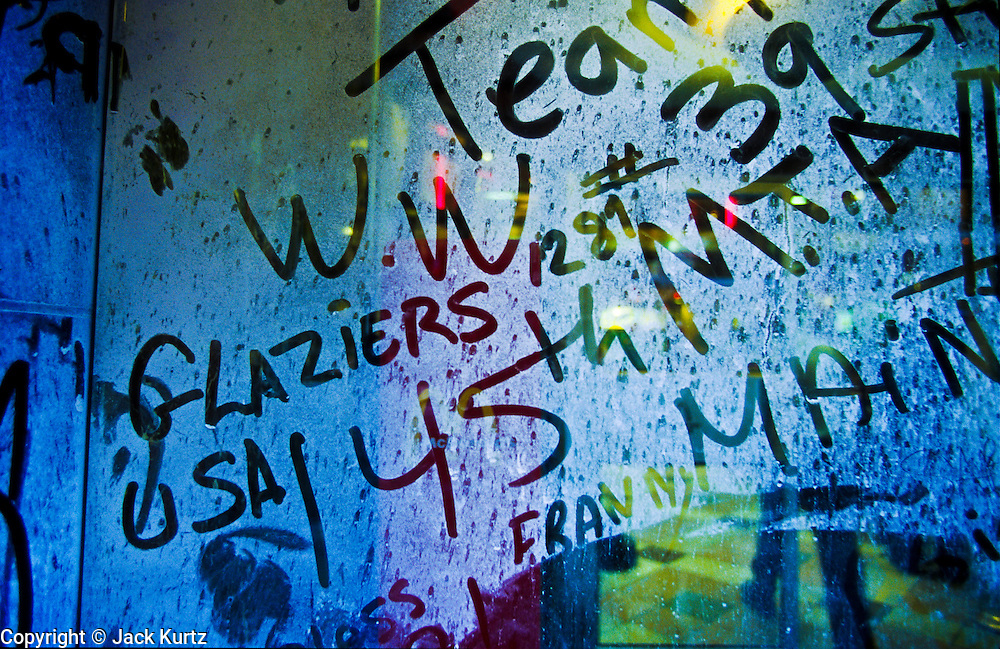