26 OCTOBER 2016 - MYAWADDY, KAYIN STATE, MYANMAR: A family of Burmese refugees repatriated to Myanmar from Nupo Temporary Shelter refugee camp in Thailand walks into their new housing in a displaced persons facility for returning refugees in Myawaddy, Myanmar. Sixtyfive Burmese refugees living in the Nupo Temporary Shelter refugee camp in Tak Province of Thailand were voluntarily repatriated to Myanmar. About 11,000 people live in the camp. The repatriation was the first large scale repatriation of Myanmar refugees living in Thailand. Government officials on both sides of the Thai / Myanmar border said the repatriation was made possible by recent democratic reforms in Myanmar. There are approximately 150,000 Burmese refugees living in camps along the Thai / Myanmar border. The Thai government has expressed interest several times in the last two years in starting the process of repatriating the refugees. PHOTO BY JACK KURTZ 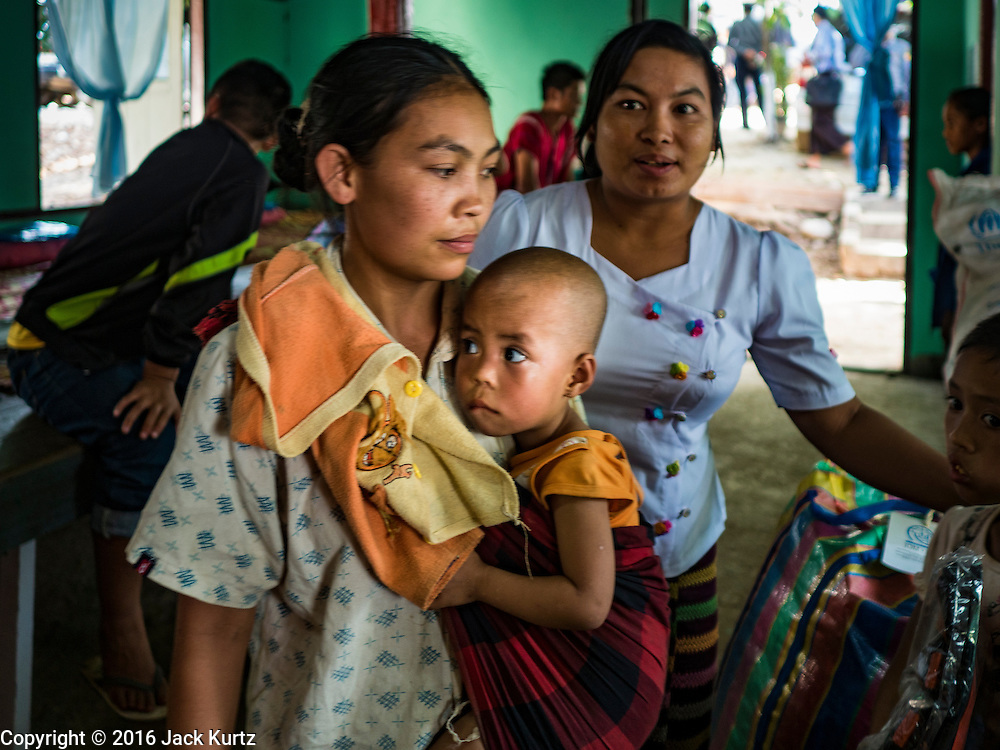