27 OCTOBER 2012 - SUNGAI KOLOK, NARATHIWAT, THAILAND: Thai Army command officers at the scene of a car bombing that destroyed a prominent hotel one block from the Malaysian border in Sungai Kolok, Thailand. The officers were visiting on 27 Oct during the Muslim holiday of Eid al-Adha, the bomb was detonated in July 2012. Sungai Kolok has been a center of extremist violence. Several car bombs have been detonated in the city, which is on the Malaysian border and very popular with Malaysian tourists. More than 5,000 people have been killed and over 9,000 hurt in more than 11,000 incidents, or about 3.5 a day, in Thailand's three southernmost provinces and four districts of Songkhla since the insurgent violence erupted in January 2004, according to Deep South Watch, an independent research organization that monitors violence in Thailand's deep south region that borders Malaysia. PHOTO BY JACK KURTZ 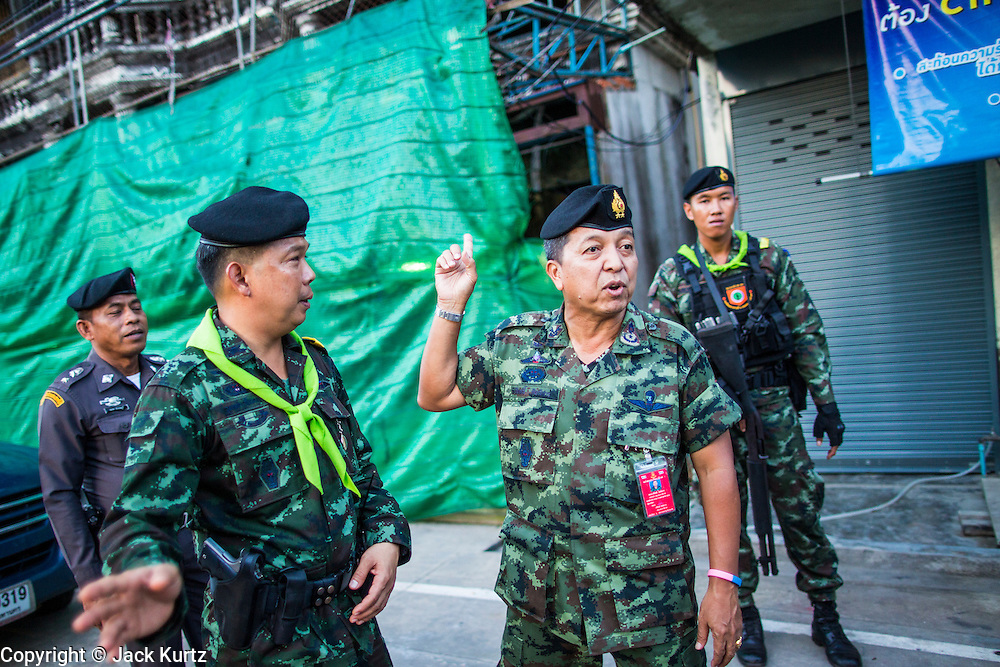