19 JULY 2013 - BANGKOK, THAILAND: DANIEL REARDON, a Yale senior East Asian Studies major, fronts the Whiffenpoofs during their show in Bangkok Friday. The Yale Whiffenpoofs, one of the best-known collegiate a cappella groups in the world performed in CentralWorld in Bangkok Friday. Founded in 1909, the "Whiffs" began as a senior quartet that met for weekly concerts at Mory's Temple Bar, the famous Yale tavern. The Bangkok stop was a part of their 2013 world tour and was sponsored by the US Embassy. They sang at the opening of a photo exhibit that marked 180 years of friendly diplomatic relations between Thailand and the United States. PHOTO BY JACK KURTZ 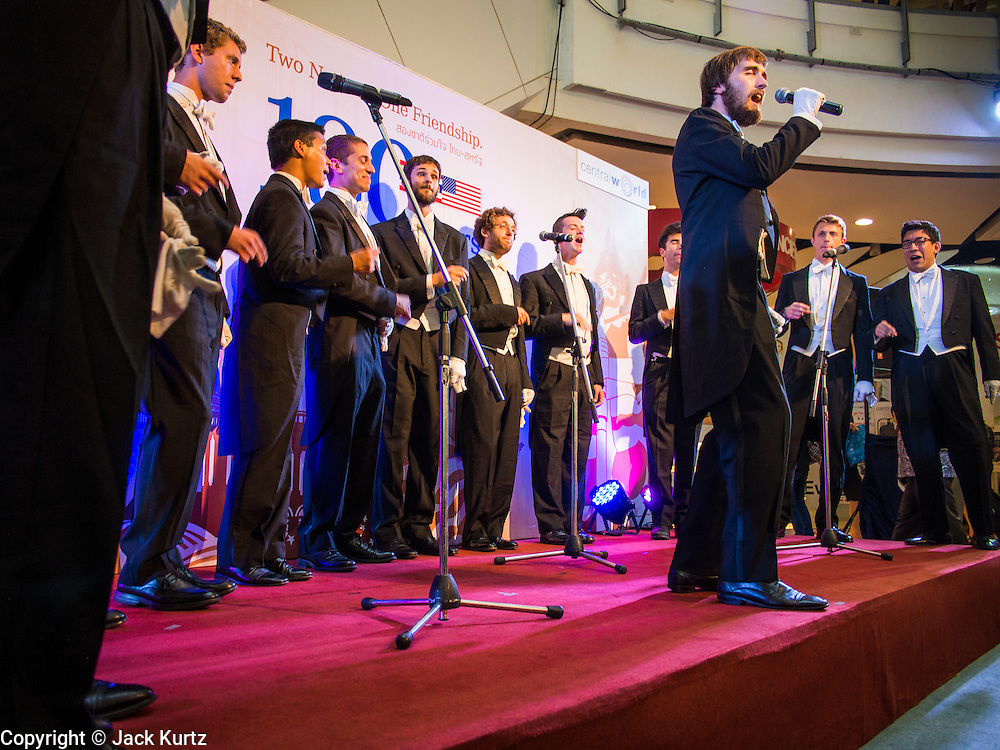