Apr. 3, 2010 - KHUN SAMUTCHINE, THAILAND: SAMORN KHENGSAMUT is the head of the village of Khun Samutchine with some of the photos of the village she knew 30 years ago. She has made it her mission to let people know what is happening in the village. She said she has been forced to move eight times because of rising sea levels. She said, "It's (climate change and rising sea levels) here now but in a few years it will be in Bangkok. What will happen then?" Rising sea levels brought about by global climate change threaten the future of Khun Samutchine, a tiny fishing village about 90 minutes from Bangkok on the Gulf of Siam. The coastline advances inland here by about 20 metres (65 feet) per year causing families to move and threatening the viability of the village. The only structure in the village that hasn't moved, their Buddhist temple, is completely surrounded by water and more than 2 kilometers from the village. The temple and the village have asked the Thai government and several NGOs for help, but the only help so far is a narrow concrete causeway the government is building that will allow people to walk into the temple from a boat landing two miles away. The walk to the village from a closer boat landing is shorter, but over an unimproved mud flat that is nearly impassible in the rainy season. PHOTO BY JACK KURTZ 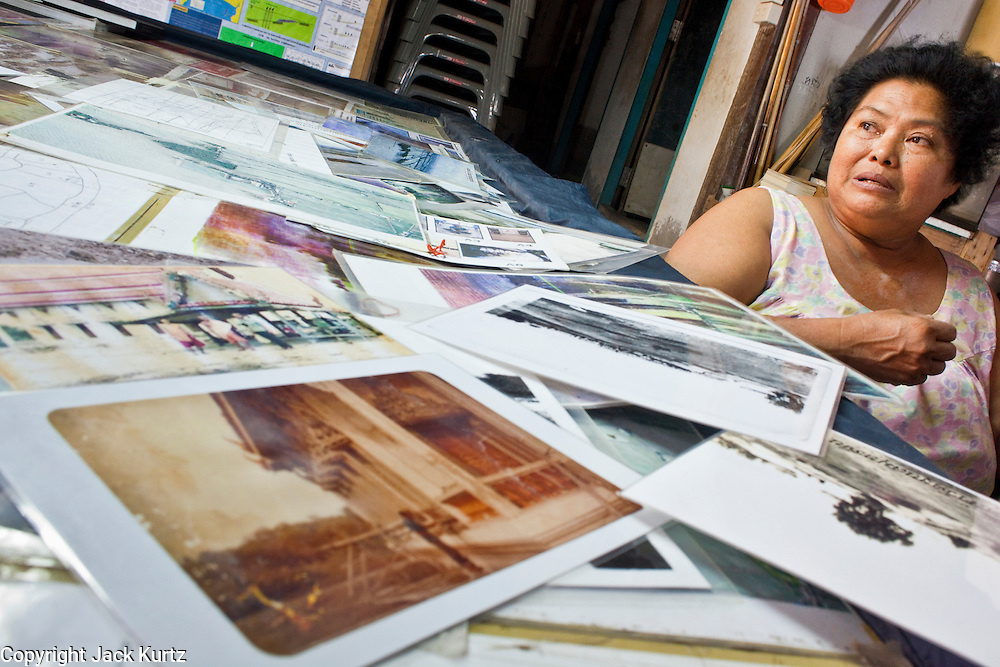