22 SEPTEMBER 2007 -- PHOENIX, AZ: CAROL CONDIT, of Phoenix, lights candles for Phoenix Phoenix Police Officer Nick Erfle who was murdered Tuesday, Sept. 18, when he stopped a young man for jaywalking on a Phoenix street. The man, Erik Martinez, was an illegal immigrant with a lengthy criminal history who had been deported from the United States and snuck back in. He was a member of a Mexican gang and wanted on felony assault warrants, which is why he shot Erfle when he was stopped for jaywalking. Martinez carjacked a passing vehicle in an effort to escape but was shot and killed a few miles from where he killed Erfle. Photo by Jack Kurtz / ZUMA Press 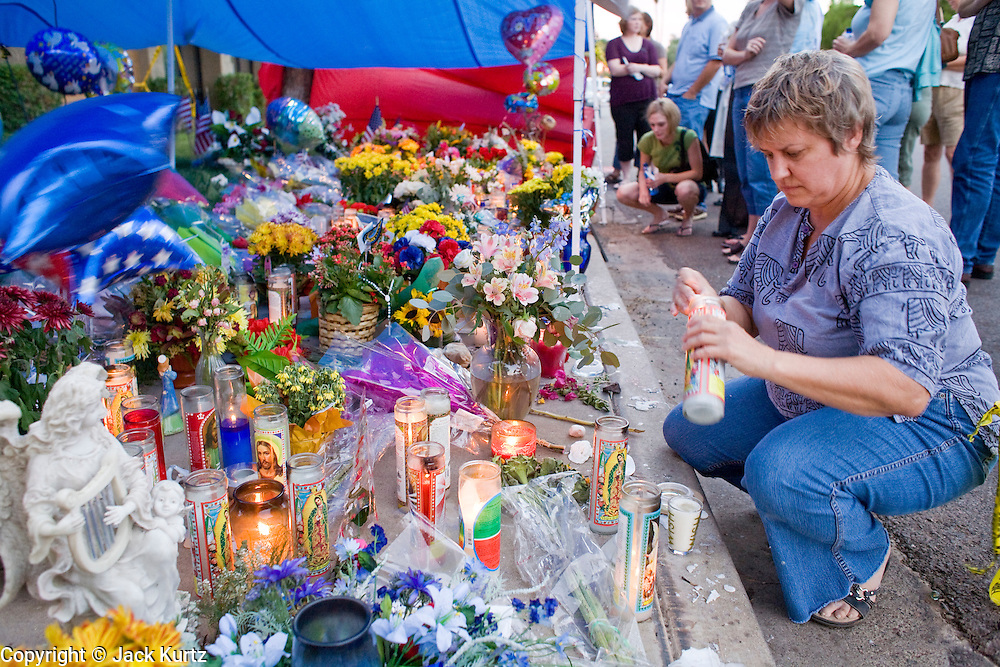