27 JULY 2013 - BANGKOK, THAILAND: Thai Red Shirts hold up their birthday cards for Thaksin Shinawatra during their birthday party for Thaksin. The Red Shirts celebrated former Prime Minister Thaksin Shinawatra's 64th birthday with a party at Phibun Prachasan School in Bangkok. They had a Buddhist Merit Making Ceremony, dinner, cake and entertainment. Most of the Red Shirt political elite traveled to Hong Kong for a party with Thaksin. Thaksin, the former Prime Minister, was deposed by a coup in 2006 and subsequently convicted of corruption related crimes. He went into exile rather than go to jail but remains very popular in rural parts of Thailand. His sister, Yingluck Shinawatra is the current Prime Minister and was elected based on her brother's recommendation. PHOTO BY JACK KURTZ 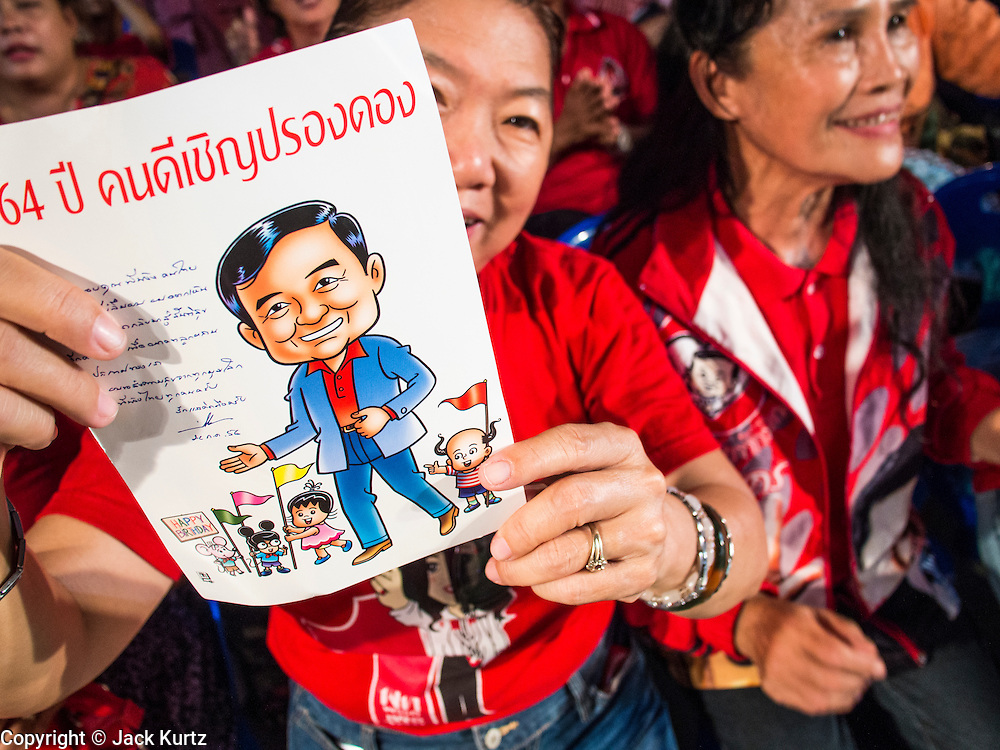