28 JUNE 2011 - CHIANG MAI, THAILAND: Family members sit with men being ordained as Buddhist monks for photos at at Wat Phrathat Doi Saket a large temple complex in Chiang Mai, Thailand. The temple at Doi Saket is said to have been built in the year 1112, but it has been renovated several times since then. Most Thai males enter the Buddhist clergy, called the Sangha, at least once in their lives. Their stay in the monastery can be as short as one week or a lifetime committment, depending on the man. PHOTO BY JACK KURTZ 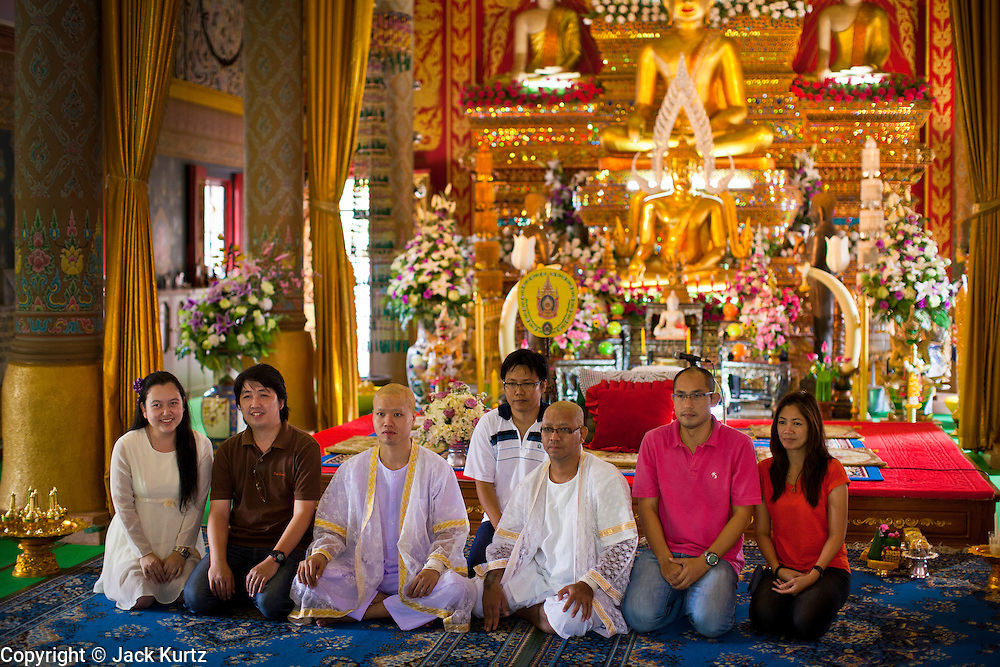