PAJU, GYEONGGI, SOUTH KOREA: A South Korean girl runs past prayer flags hanging on a fence near the northernmost point on the South Korean side of the Korean DMZ in Imjingak. Imjingak is a park and greenspace in South Korea that is farthest north most people can go without military authorization. The park is on the south bank of Imjin River, which separates South Korea from North Korea and is on the edge of the DMZ. Tourism to the Korean DeMilitarized Zone (DMZ) has increased as the pace of talks between South Korea, North Korea and the United States has increased. Some tours are sold out days in advance. PHOTO BY JACK KURTZ 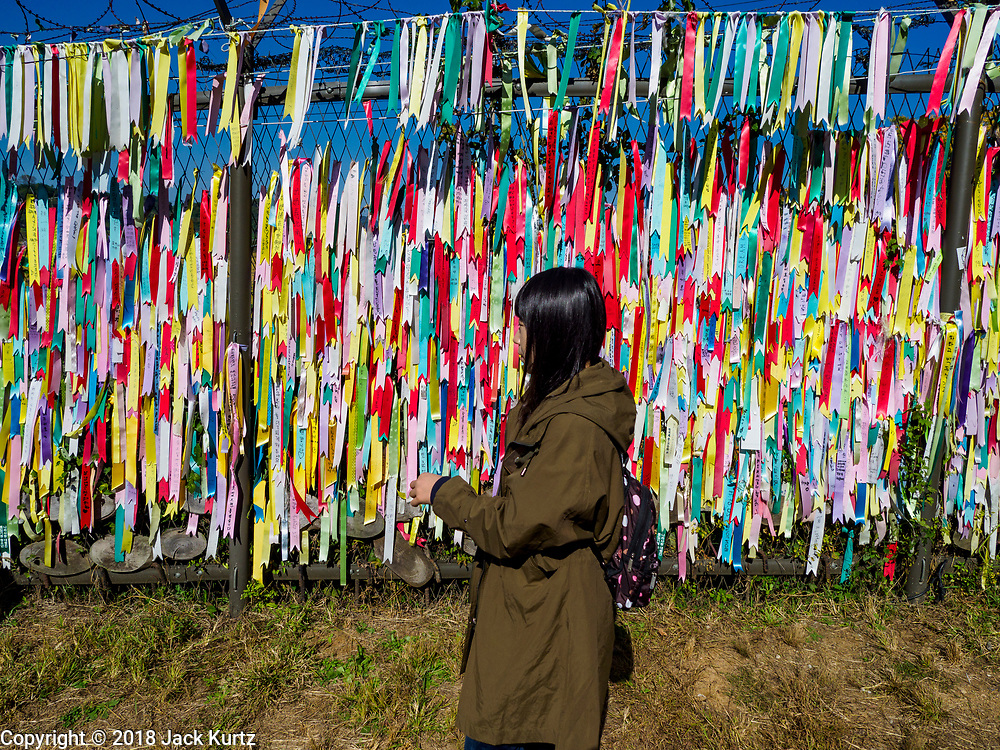