18 DECEMBER 2104 - BANGKOK, THAILAND: Boys who want to become boxers drink energy drinks and watch videos on a smart phone at the Kanisorn gym. The Kanisorn boxing gym is a small gym along the Wong Wian Yai - Samut Sakhon train tracks. Young people from the nearby communities come to the gym to learn Thai boxing. Muay Thai (Muai Thai) is a Thai fighting sport that uses stand-up striking along with various clinching techniques. It is sometimes known as "the art of eight limbs" because it is characterized by the combined use of fists, elbows, knees, shins, being associated with a good physical preparation that makes a full-contact fighter very efficient. Muay Thai became widespread internationally in the twentieth century, when practitioners defeated notable practitioners of other martial arts. A professional league is governed by the World Muay Thai Council. Muay Thai is frequently seen as a way out of poverty for young Thais and Muay Thai camps and schools are frequently crowded. Muay Thai professionals and champions are often celebrities in Thailand. PHOTO BY JACK KURTZ 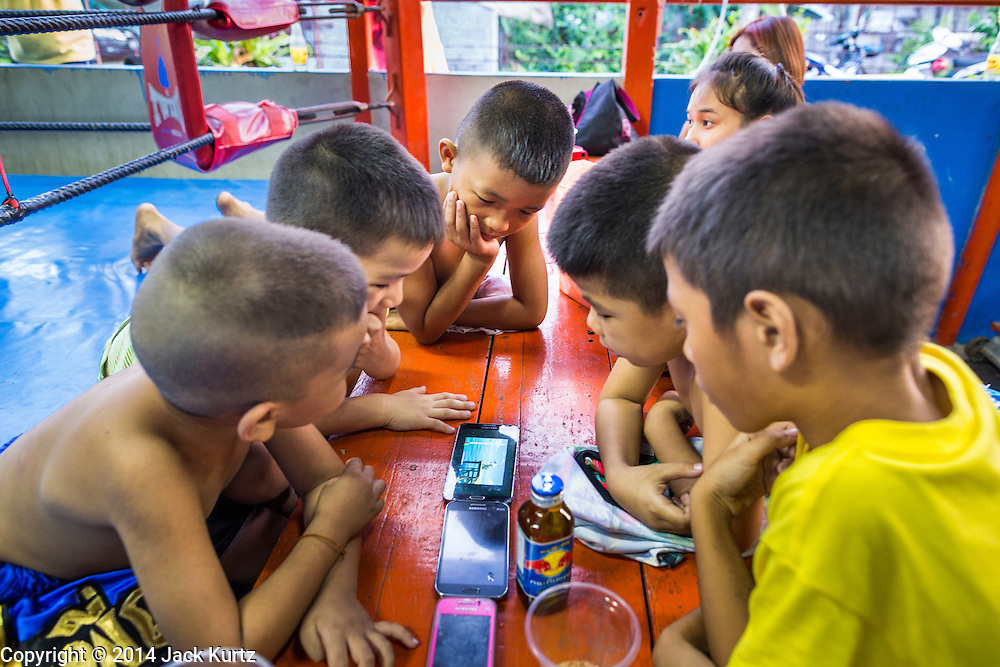