15 DECEMBER 2007 -- PHOENIX, AZ: ULISES LARA, from Phoenix, holds a pro immigrant sign during an immigration rally in Phoenix, AZ. The corner of 35th Street and Thomas Road in Phoenix has emerged as "Ground Zero" in the immigration debate in Arizona. A furniture store at the intersection has hired off duty sheriff's deputies to arrest day laborers who used to gather near there for loitering. Pro immigrant groups have labored the move racist while anti-immigrant groups call it law abiding and patriotic. Every week, hundreds of people gather on opposite corners of the intersection to chant and hurl insults at each other. Photo by Jack Kurtz 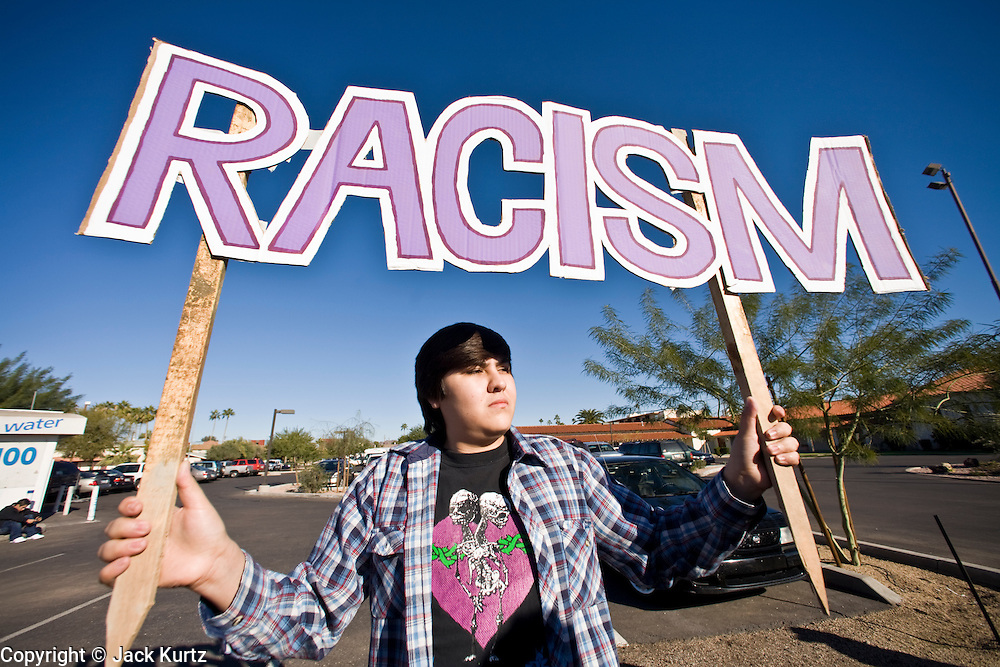