30 JULY 2019 - DES MOINES, IOWA: A man rides his scooter past closed concession stands on the Iowa State Fair fairgrounds. The Iowa State Fair Is one of the largest state fairs in the United States and runs for 10 days. In 2019, it runs from August 8 to 18. More than one million people attend the fair every year. Most of the food concessions at the fair don't open until August 3, when exhibitors arrive, but the Westmoreland Concessions corn dog stand opened on July 28. One of the stand's workers said a lot of people drive out to the fairgrounds the week before the fair to buy corn dogs because the fair is so crowded and concession lines are very long. PHOTO BY JACK KURTZ 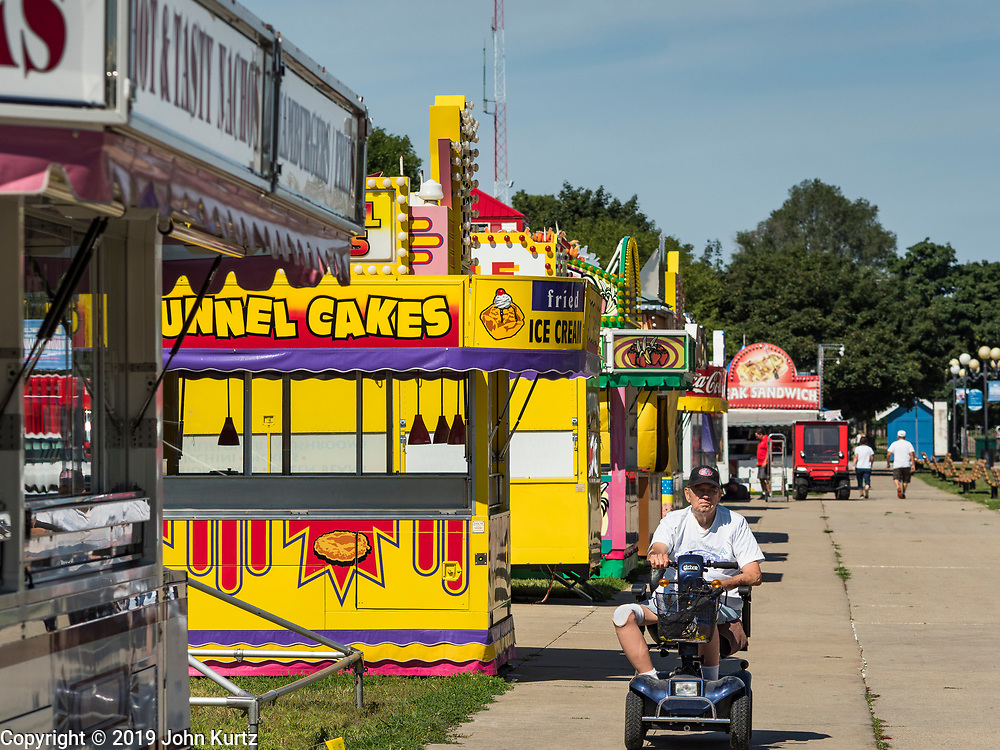