03 SEPTEMBER 2016 - BANGKOK, THAILAND: TAWATCHAI VORAMAHAKUN, center, a community historian and leader in the Pom Mahakan slum of the Pom Mahakan Fort negotiates with Bangkok city officials during a stand off in the fort. Hundreds of people from the Pom Mahakan community and other communities in Bangkok barricaded themselves in the Pom Mahakan Fort to prevent Bangkok officials from tearing down the homes in the community Saturday. The city had issued eviction notices and said they would reclaim the land in the historic fort from the community. People prevented the city workers from getting into the fort. After negotiations with community leaders, Bangkok officials were allowed to tear down 12 homes that had either been abandoned or whose owners had agreed to move. The remaining 44 families who live in the fort have vowed to stay. PHOTO BY JACK KURTZ 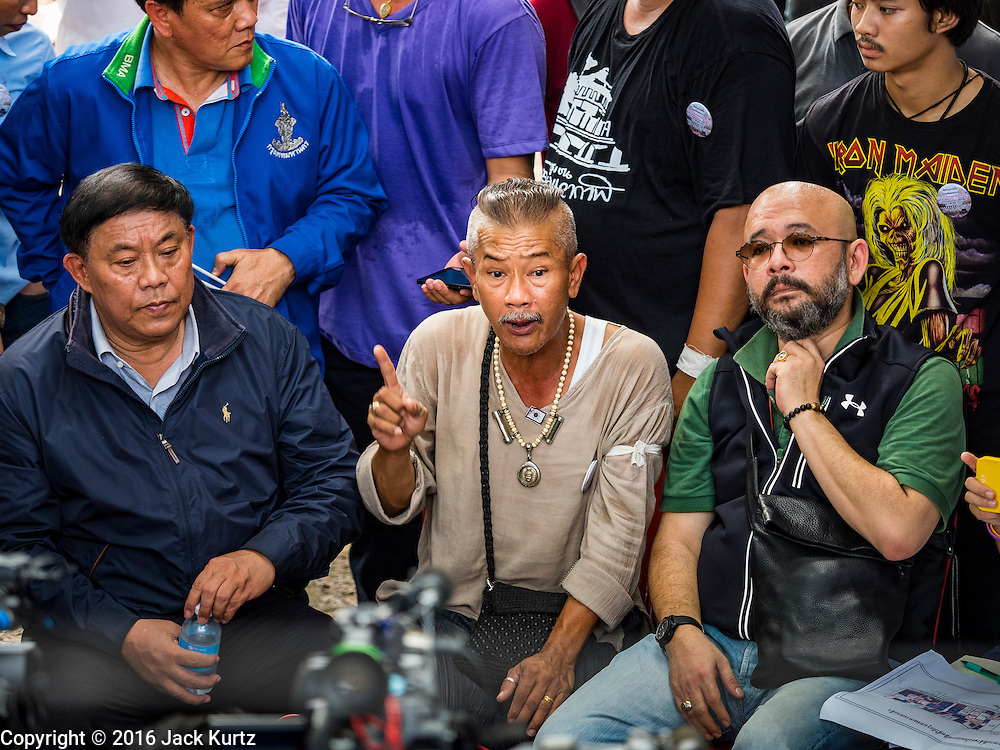