14 FEBRUARY 2011 - PHOENIX, AZ: DENNIS HOWERTON, from Maricopa, AZ, pickets Gov. Jan Brewer's speech during Statehood Day observances at the State Capitol in Phoenix Monday. Brewer cut state health insurance funding for medical transplant patients in an effort to balance the state budget. The move has been very unpopular with the public, who have called it the imposition of "Death Panels." So far Brewer has refused to reconsider restoring the cuts. Arizona became the 48th state in the United States on Feb. 14, 1912. Gov. Brewer announced that the state is planning a series of centennial events leading up to Feb 14, 2012 for the coming year during her speech at the state capitol Monday morning. Photo by Jack Kurtz 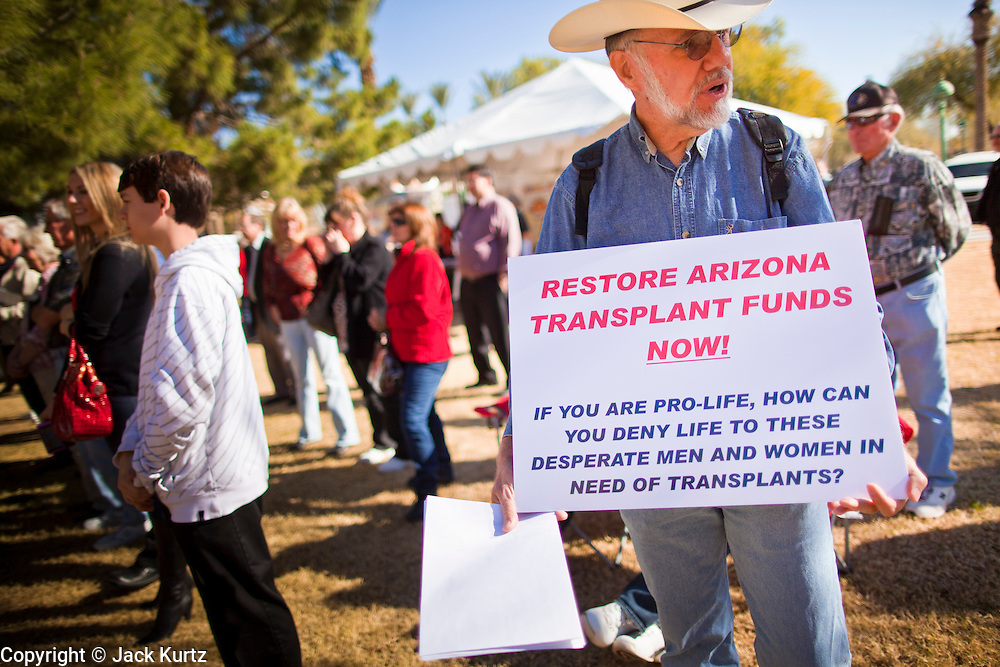