17 OCTOBER 2011 - PHOENIX, AZ: MICHELE BACHMANN, Republican candidate for President of the US, talks to Arizona State Sen. Steve Smith at the Arizona capitol in Phoenix. Bachmann met with Republican Arizona legislators and Republican members of the state's Congressional delegation Monday morning to talk about illegal immigration and border security. During the meeting she pledged that if she were elected US President, she would construct a fence along the US - Mexico border. PHOTO BY JACK KURTZ 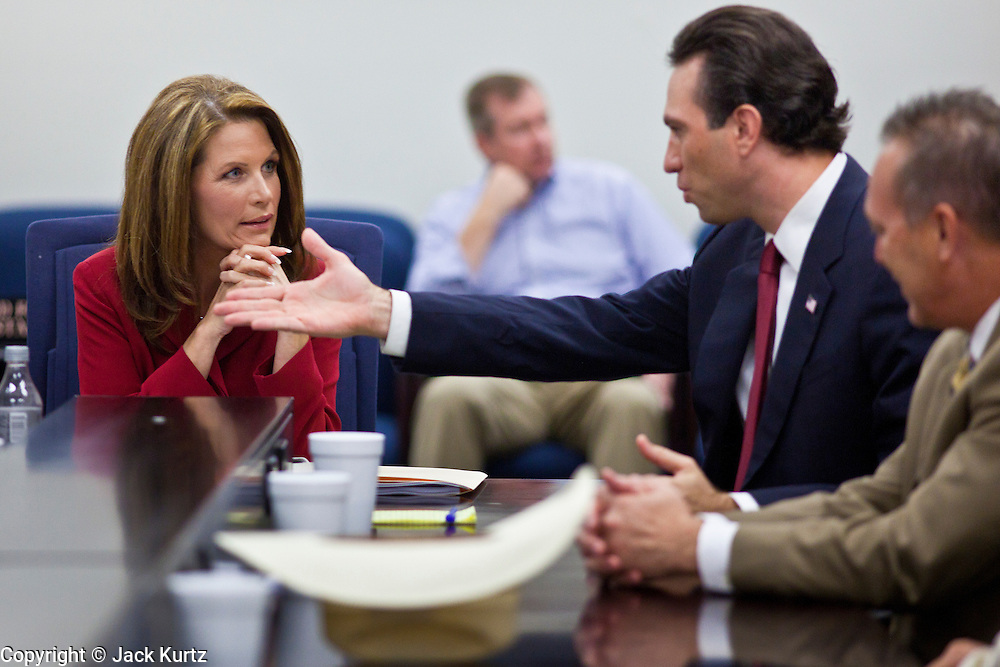