29 FEBRUARY 2020 - ST. PAUL, MINNESOTA: A woman sets up her vegetable stand in the produce market in the Hmong Village. A portrait of Gen. Vang Pao dominates the room. Vang Pao was a Hmong militay leader who led the Hmong army in the "Secret War" in Laos, when the Hmong were allied with the US against the North Vietnamese. Thousands of Hmong people, originally from the mountains of central Laos, settled in the Twin Cities in the late 1970s and early 1980s. Most were refugees displaced by the American war in Southeast Asia. According to the 2010 U.S. Census, there are now 66,000 ethnic Hmong in the Minneapolis-St. Paul area, making it the largest urban Hmong population in the world. Hmong Village, the largest retail and restaurant complex that serves the Hmong community, has more than 250 shops and 17 restaurants. PHOTO BY JACK KURTZ 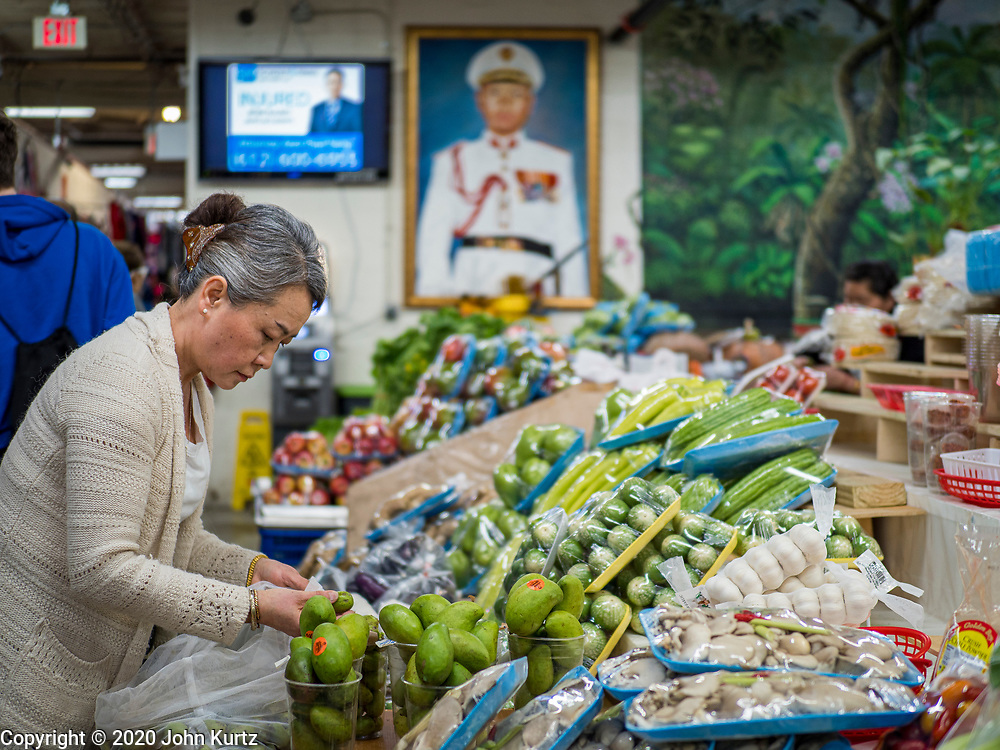