Apr. 19 2010 - BANGKOK, THAILAND: A woman sorts Thai flags in the back of a pickup truck before an anti-Red Shirt rally in the Silom financial district Monday. Hundreds of Thai soldiers, including reservists and front line units, and riot police moved into the Silom financial district Monday, not far from the red-shirts' main protest rally site, in Ratchaprasong. The heavy show of force is to prevent the Red Shirts from entering the Silom area. Many of soldiers were greeted as heros by workers in the area, who oppose the Red Shirts. Photo by Jack Kurtz 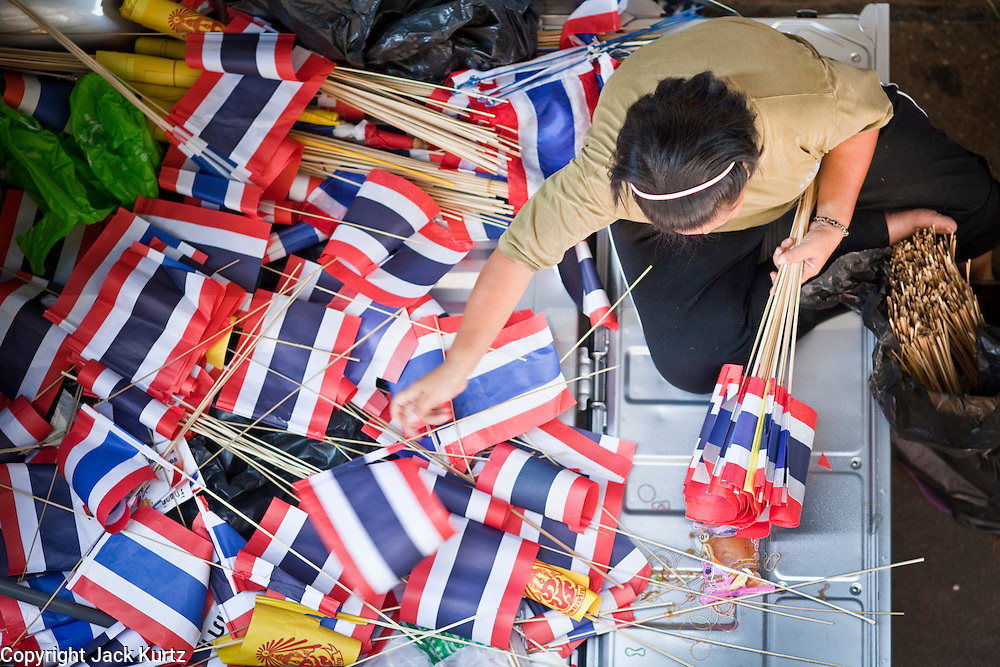