29 FEBRUARY 2008 -- BANGKOK, THAILAND: Members of the Royal Guard march at the Grand Palace during the Lying in State Ceremony for Princess Galyani Vadhana, the elder sister of Thailand's King Bhumibol Adulyadej. The Princess died Wednesday, Jan 2, 2008. She will be cremated following a 100 day period. The Grand Palace complex was established in 1782 and houses the royal residence and throne halls, some government offices and the Temple of the Emerald Buddha, the most revered Buddhist temple in Thailand. Photo by Jack Kurtz/ZUMA Press 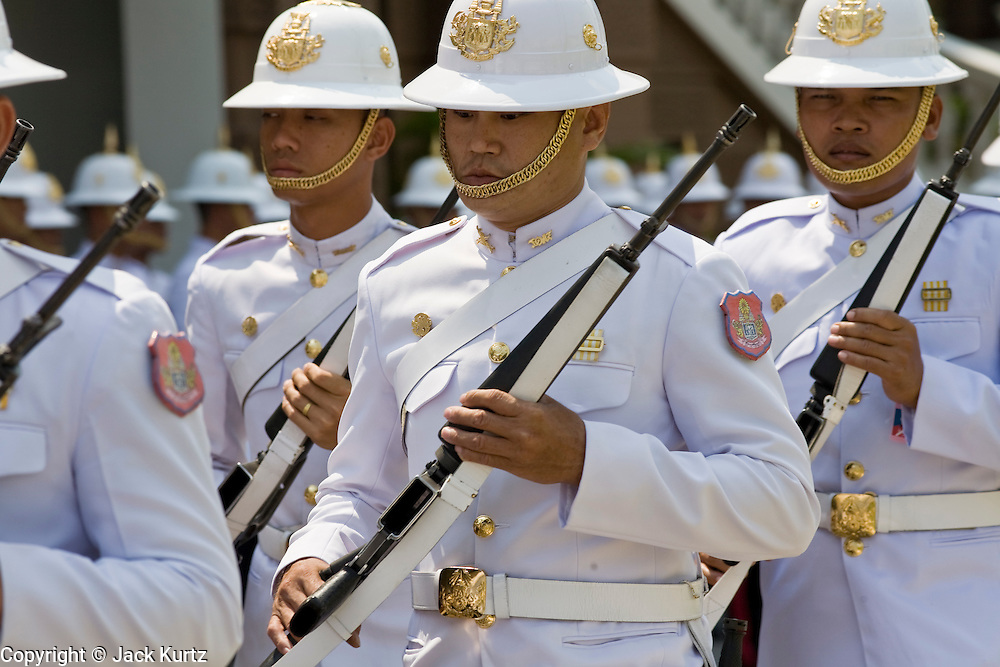