04 APRIL 2012 - HA LONG, VIETNAM: A Vietnamese woman paddles a tender through the cruise ship harbor in Ha Long Harbor near Ha Long Bay. In 1994 UNESCO declared 174 square miles of Ha Long Bay a World Heritage Site. There are nearly 2000 distinct rock islands in the bay, which for centuries has been the home to isolated fishing villages. Now thousands of tourists stream through the bay and around the islands every day on cruise ships. On the Vietnamese mainland, around the town of Ha Long, real estate companies are developing exclusive condominium and apartment complexes for use as weekend homes for people in Hanoi, about a 3.5 hour drive from Ha Long. PHOTO BY JACK KURTZ 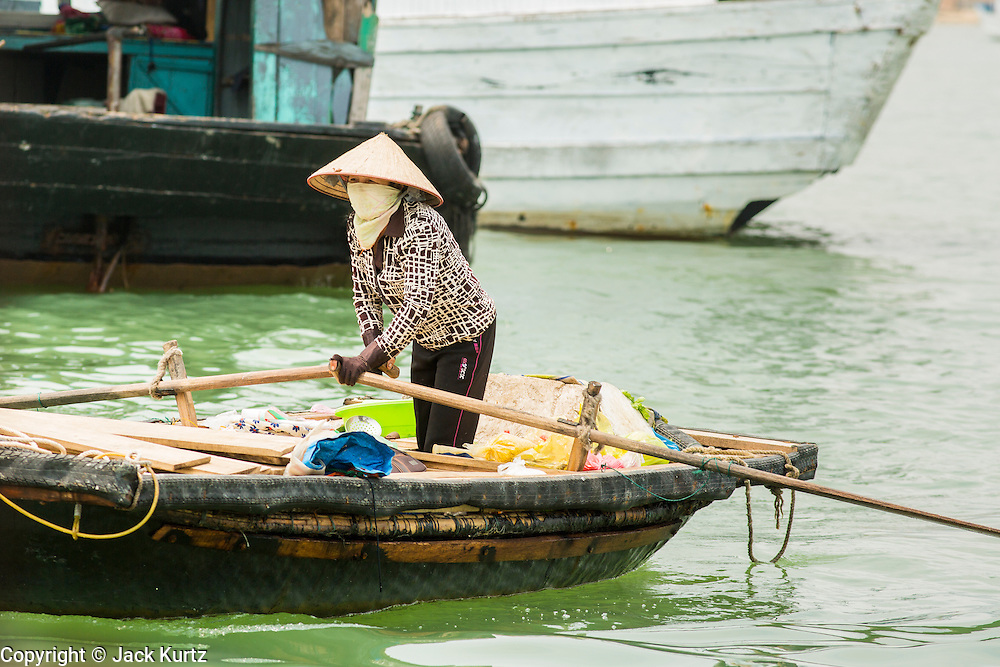