09 JUNE 2016 - BANGKOK, THAILAND: General PRAYUT CHAN-O-CHA, the Prime Minister of Thailand, greets members of his cabinet as he arrives at the Grand Palace for a special merit making ceremony in honor of Bhumibol Adulyadej, the King of Thailand. Thailand marked 70 years of the reign of Bhumibol Adulyadej with a special alms giving ceremony for 770 monks in front of the Grand Palace in Bangkok. The King, also known as Rama IX, ascended the throne on 9 June 1946. He is the longest serving monarch in Thai history and the longest serving monarch in the world today. He is revered by most Thais and is widely seen as a unifying figure in the country. PHOTO BY JACK KURTZ 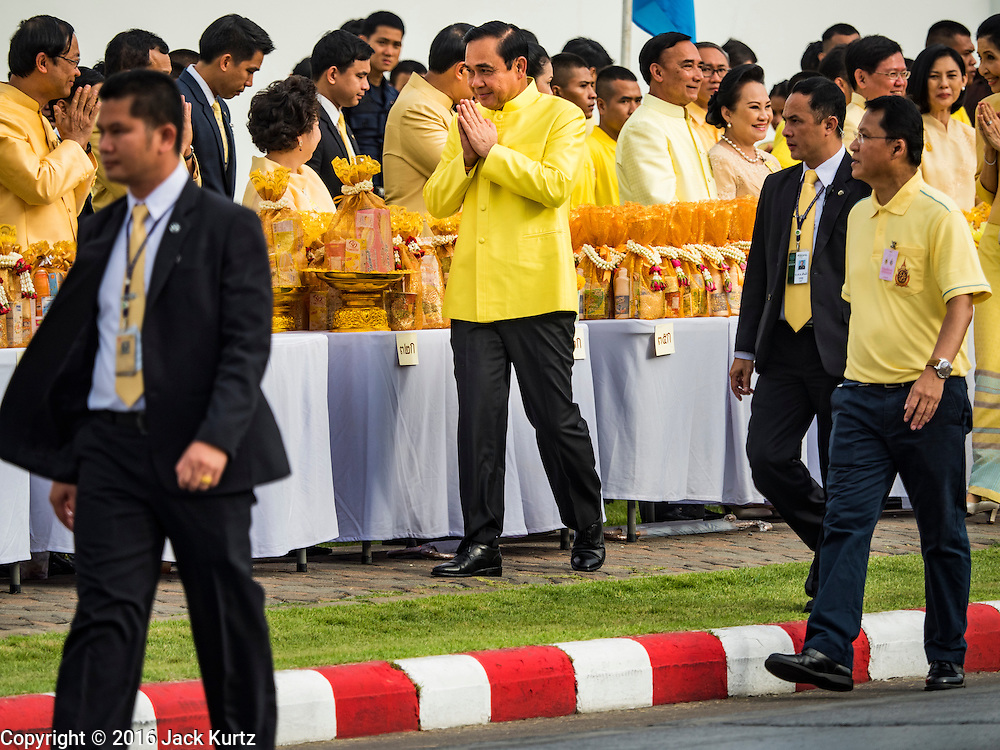