30 SEPTEMBER 2017 - BANGKOK, THAILAND: Musicians accompanying the chariot bearing the deity perform during the Navratri parade in Bangkok. Navratri is a nine night (10 day) long Hindu celebration that marks the end of the monsoon and honors of the divine feminine Devi (Durga). The festival is celebrated differently in different parts of India, but the common theme is the battle and victory of Good over Evil based on a regionally famous epic or legend such as the Ramayana or the Devi Mahatmya. Navratri is celebrated throughout Southeast Asia in communities that have large Hindu population. Bangkok's celebration of Navratri was subdued this year because Thais are still mourning the death of Bhumibol Adulyadej, the Late King of Thailand, who died on October 13, 2016. PHOTO BY JACK KURTZ 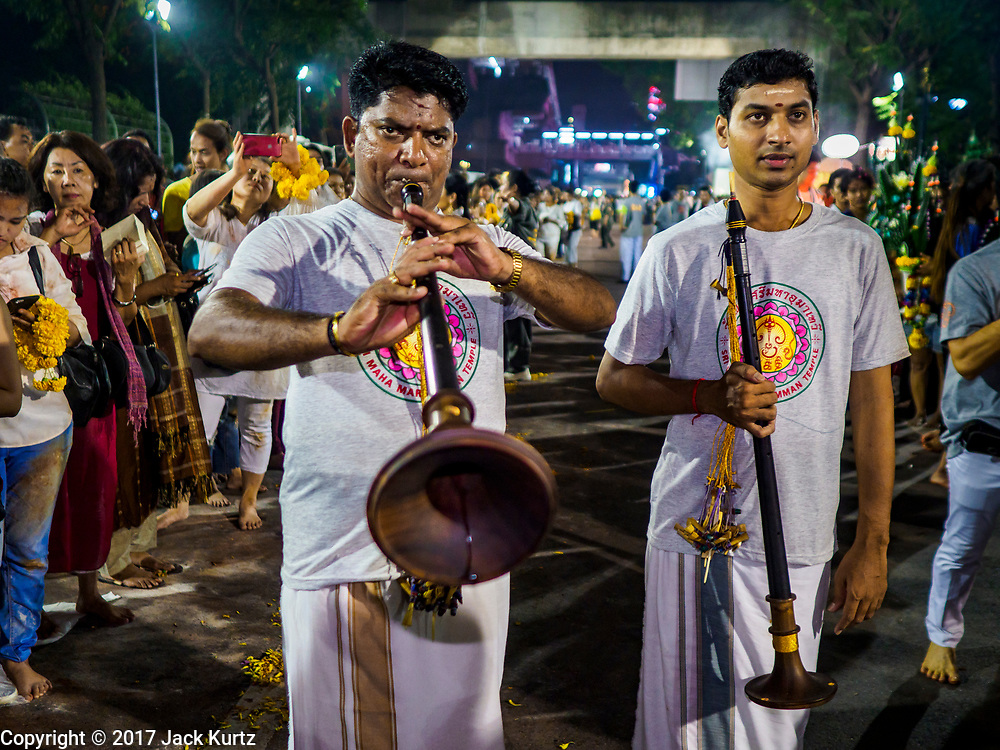