31 MAY 2017 - CHACHOENGSAO, THAILAND: A passenger catches up on news on her smart phone while she waits for the 5.45AM train to leave the train station in Chachoengsao, a provincial town about 50 miles and about an hour by train from Bangkok. The train from Chachoengsao to Bangkok takes a little over an hour but traffic on the roads is so bad that the same drive can take two to three hours. Thousands of Thais live outside of Bangkok and commute into the city for work on trains, busses and boats. PHOTO BY JACK KURTZ 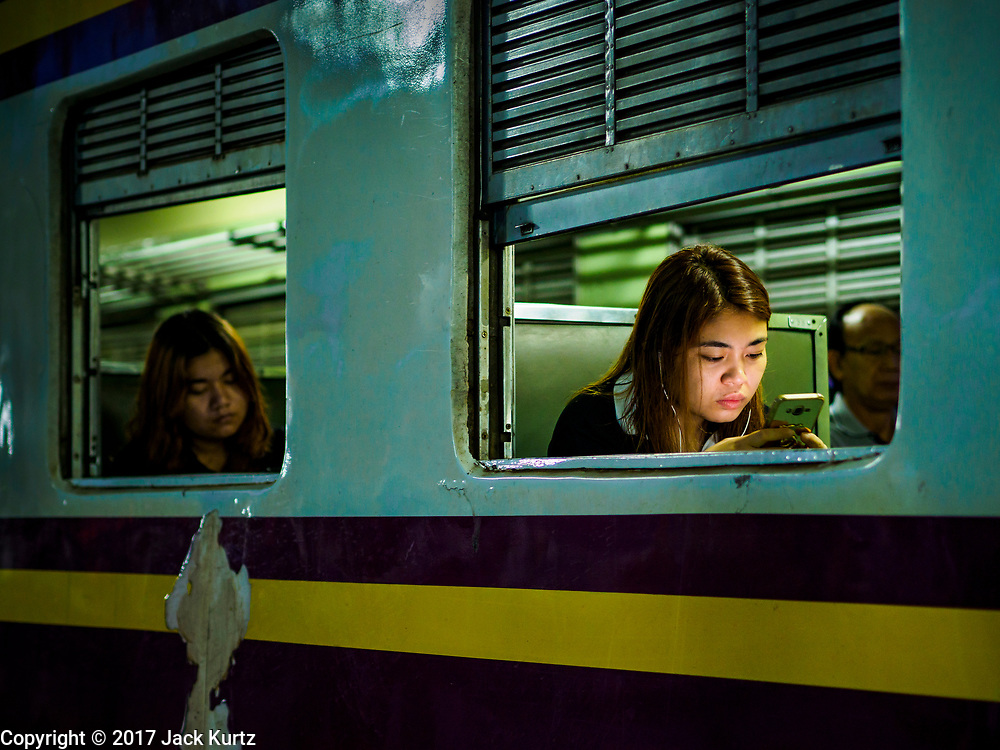