31 MAY 2014 - BANGKOK, THAILAND: People sit in the Skywalk between the BTS Skytrain Siam and Chit Lom stations to silently read George Orwell's "1984" and other books about civil disobedience and nonviolent protest. The protests are based on the "Standing Man" protests that started in Turkey last summer. Authorities made no effort to stop the protest or interfere with the people who were reading. Bangkok was mostly quiet Saturday. There were only a few isolated protests against the coup and military government. PHOTO BY JACK KURTZ 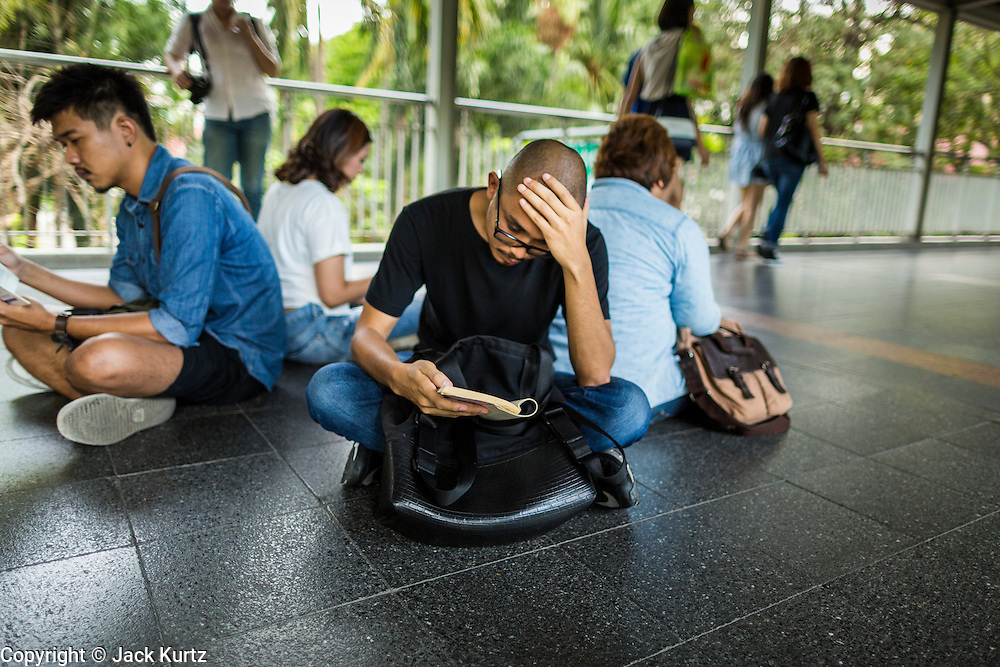