Oct. 4, 2010 - PHOENIX, AZ: DIANE ERETH, from Phoenix, pickets the front of Maricopa Medical Center during an appearance by Arizona Gov. Jan Brewer Monday. Ereth said he daughter, Sierra Ereth, was on Kids Care and removed from the program during budget cuts and now has no health insurance. Gov. Brewer is running for reelection and appears headed to easy reelection. Since signing Arizona's tough immigration bill, SB 1070, and cutting budgets for some of Arizona's social services, like health care for children, her popularity has soared. Her reelection campaign has been dogged by protests from education, health care and immigration advocates but she doesn't engage them and continues to be popular in pre-election polling. Photo by Jack Kurtz 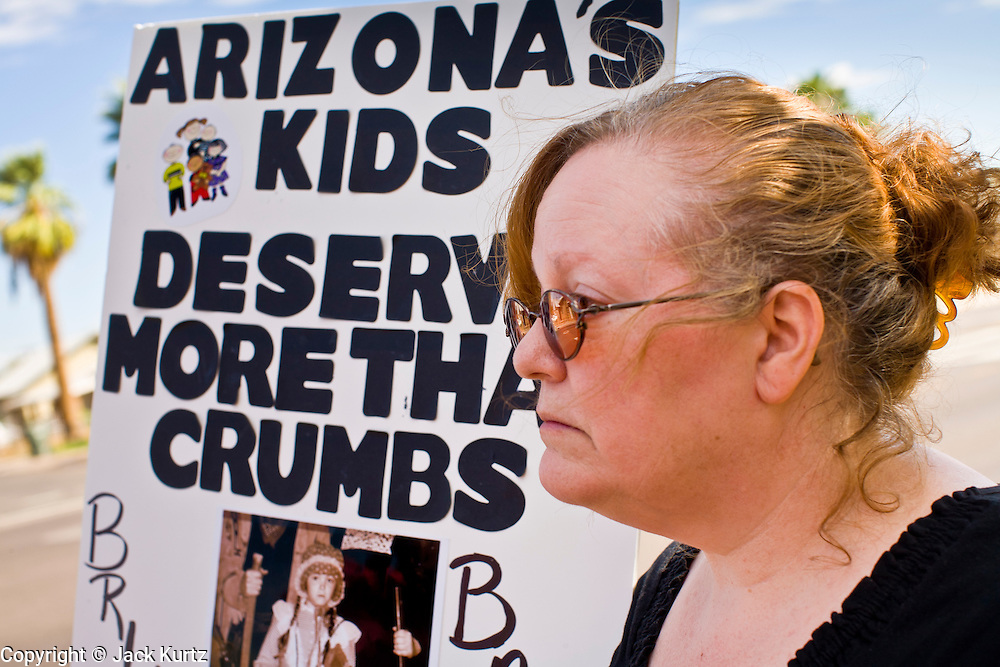