02 JUNE 2017 - SAMUT SAKHON, THAILAND: A man prays before the City Pillar Shrine parade in Samut Sakhon. The Chaopho Lak Mueang Procession (City Pillar Shrine Procession) is a religious festival that takes place in June in front of city hall in Samut Sakhon. The "Chaopho Lak Mueang" is placed on a fishing boat and taken across the Tha Chin River from Talat Maha Chai to Tha Chalom in the area of Wat Suwannaram and then paraded through the community before returning to the temple in Samut Sakhon. Samut Sakhon is always known by its historic name of Mahachai. PHOTO BY JACK KURTZ 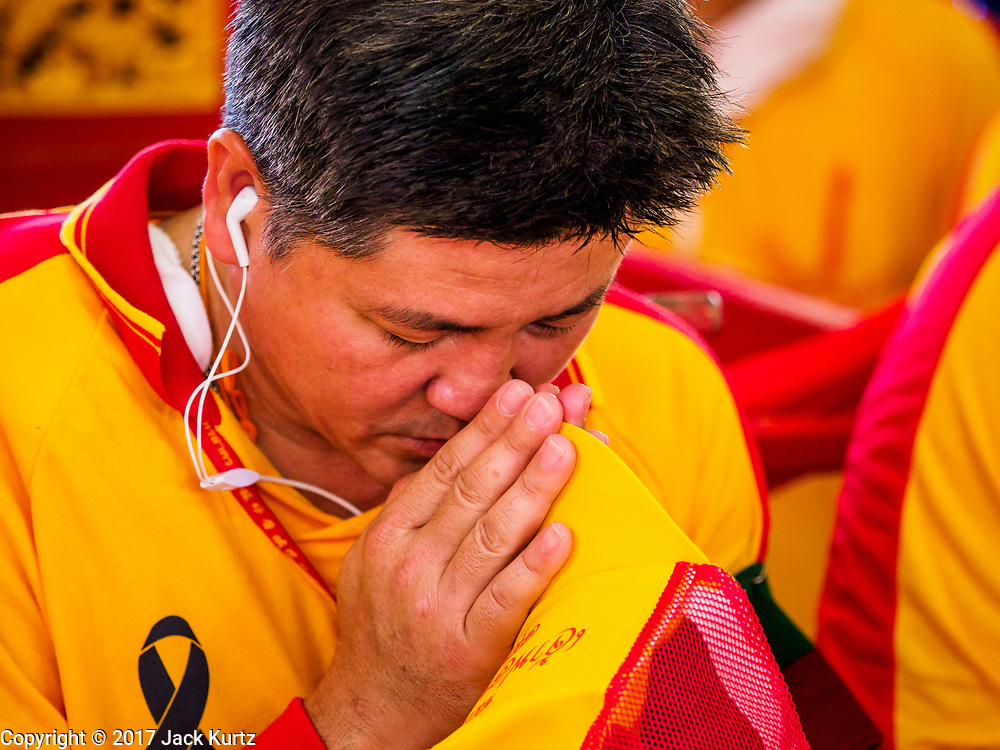