08 FEBRUARY 2017 - BANGKOK, THAILAND: A family that makes artisan bird cages relax with their son in their home in Pom Mahakan. The residents of the old fort are known for their community of song bird enthusiasts. More than 40 families still live in Pom Mahakan, a slum community in a 19th century fort in Bangkok. City officials are trying to move them out of the fort but members of the community refuse to leave. NGOs and historic preservation organizations are working with the community to help them find a way to stay. After several deadlines passed, residents were told that they have to leave by the end of February. They submitted another proposal to the city this week to turn their community into a "living heritage museum" and hope to get the eviction deadline extended until late March. PHOTO BY JACK KURTZ 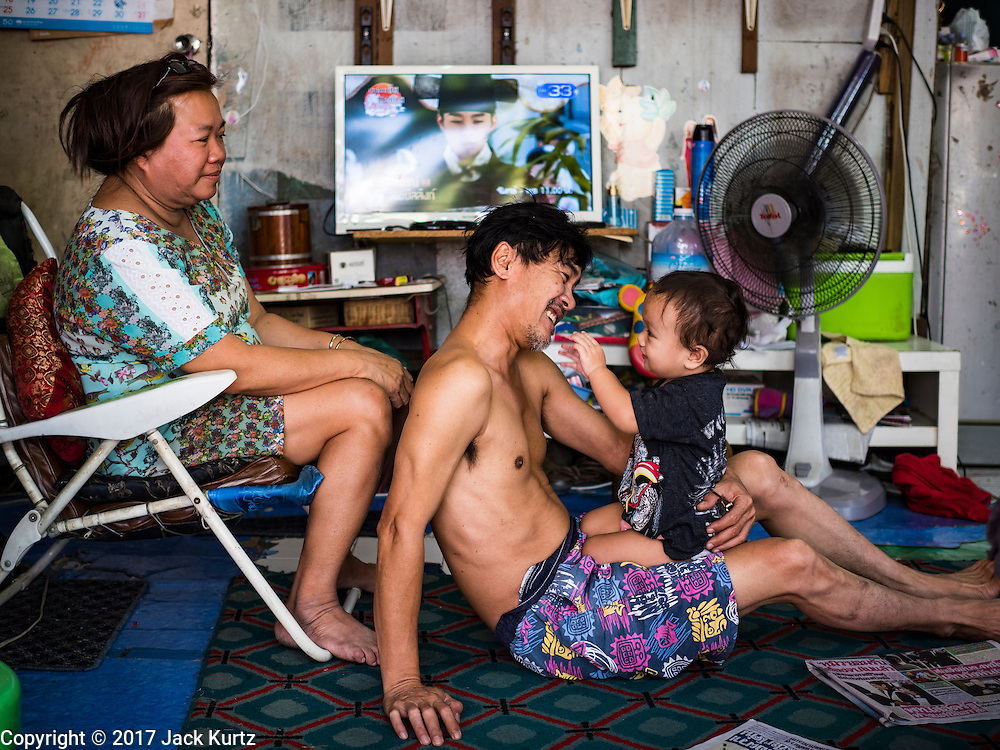