09 SEPTEMBER 2007 -- ST. MICHAELS, AZ: Racers KYLE BEGAY (left) on Cody and JONAH BEGAY on Therapist come into the finish line at the end of a two and a half mile long race at a traditional Navajo Horse Race in the summit area of the Navajo Indian reservation about 10 miles west of St. Michaels, AZ. Traditional horse racing is making a comeback on the Navajo reservation. The races are run on improvised courses that vary depending on the local terrain. Use of saddles is optional (except in the "Cowhand Race" which requires a western style saddle) and many jockeys ride bareback. The distances vary from one mile to as long as thirty miles. Traditional horse races were common until the 1950's when they fell out of favor, but there has been a resurgence in traditional racing since the late 1990's and now there is a traditional horse racing circuit on the reservation. The race was organized by the Begay family of Steamboat, AZ and run on private land about three miles from a paved road. Jonah Begay won the race. Photo by Jack Kurtz 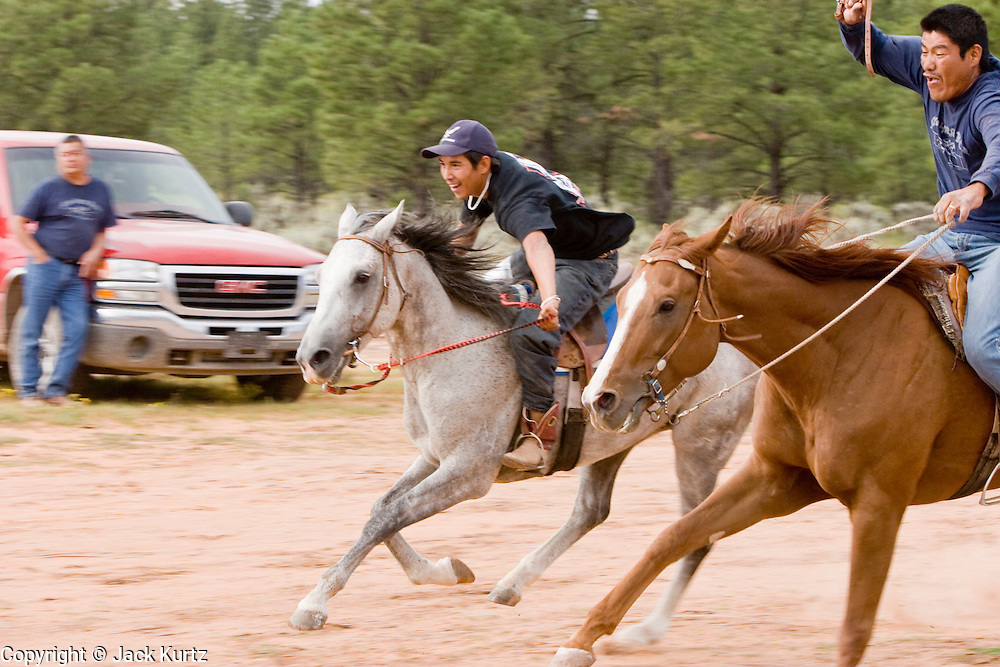