Sept. 26, 2009 -- PATTANI, THAILAND: A Thai soldier checks motorcycles for bombs before the Tak Bat Sankatan in Pattani Saturday. People in the insurgency wracked southern provinces are supposed to leave their motorcycles parked with the seats up so authorities can check them for bombs. Buddhists in Thailand's three southern most provinces gathered in Pattani Saturday, Sept 26 to celebrate Tak Bat Sankatan, the day Lord Buddha returned to earth and was greeted by a crawd of his disciples and Buddhist believers who were waiting to offer him food. Buddhists monks representing the 266 "Wats" (temples) in the three provinces (Pattani, Narathiwat and Yala) processed through the crowd and were presented with food and gifts. Photo by Jack Kurtz 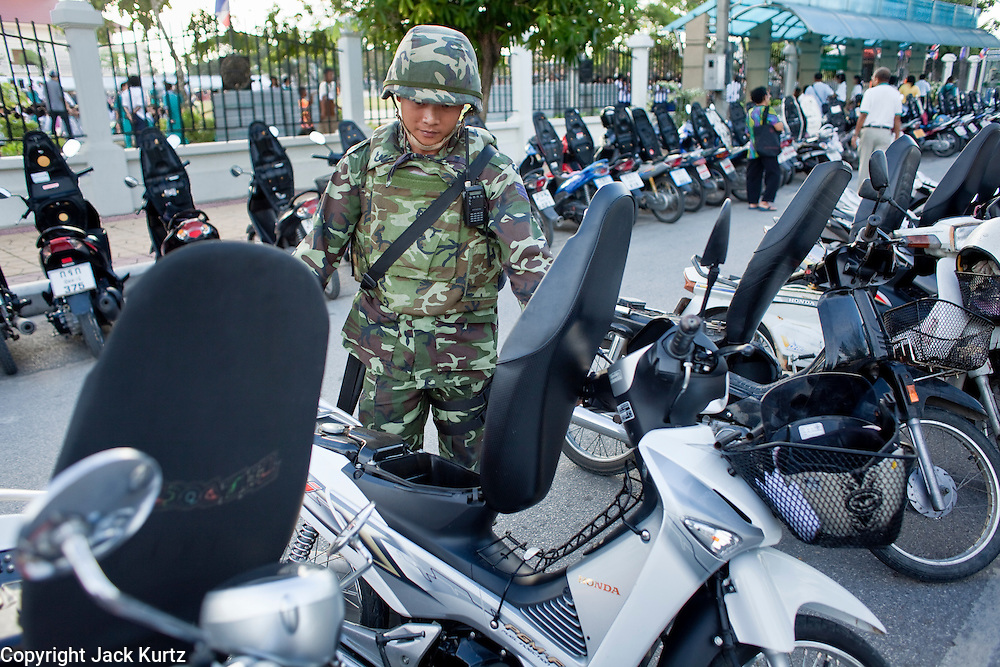