Apr. 15, 2010 - BANGKOK, THAILAND: Red Shirt protestors and the Red Shirts' security guards (LEFT BLACK SHIRTS) pray in front of the caskets of the dead during a chanting service at Wat Hualamphong in central Bangkok Thursday for the people who died during anti-government street violence Saturday. Another protestor died today, bringing the civilian death toll to 17. Hundreds of people are still hospitalized and many are in intensive care. Officials expect the death toll to increase through the week as people die of their wounds. A date has not been set for the victims' Buddhist funeral rites, but the chanting services will continue on a daily basis until the dead are cremated . Many people believe a violent government crackdown is less likely now since the violence seems to have shocked many Thais, but it has also galvanized protestors who show no sign of backing down. Photo By Jack Kurtz 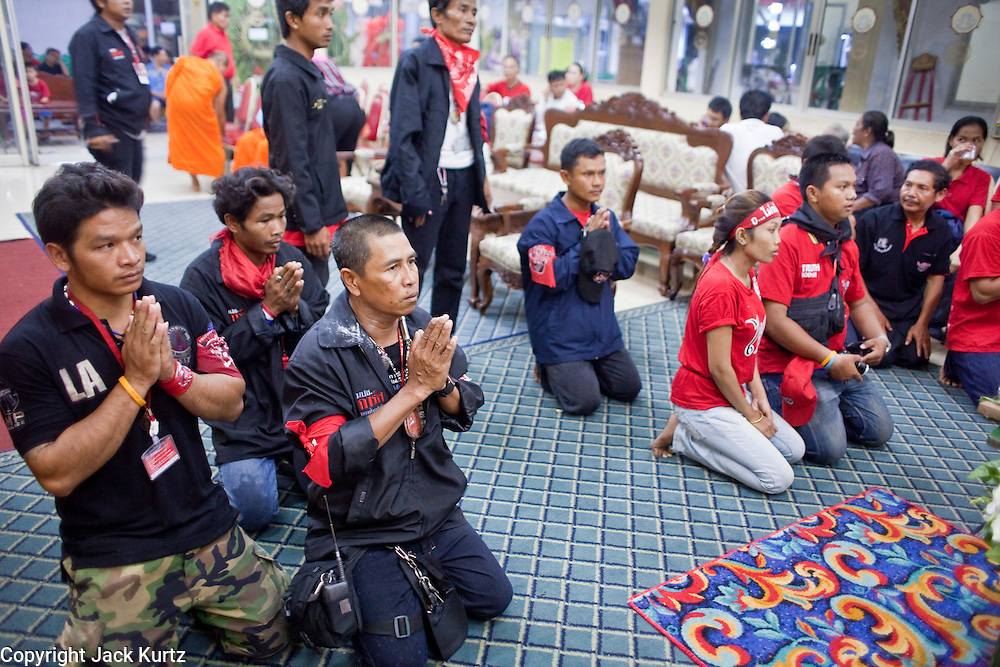