15 JUNE 2020 - DES MOINES, IOWA: MATTHEW BRUCE, a leader of Black Lives Matter in Des Moines (right) talks to a member of the Governor's staff while a State Trooper guards the door of the Governor's Reception Room in the Iowa capitol in Des Moines. About 75 supporters of Black Lives Matter marched through the Iowa capitol Monday to demand the restoration of voting rights for felons who have completed their sentences. Iowa is one of only two states in the US that permanently strip felons of voting rights. The issue is a racial one in Iowa. Blacks make up only 4 percent of the population but 25 percent of the prison population. The Governor agreed to meet with a delegation of the protesters but she would not commit to immediately restoring voting rights. She said would draft an executive order to restore voting rights later in the summer. PHOTO BY JACK KURTZ 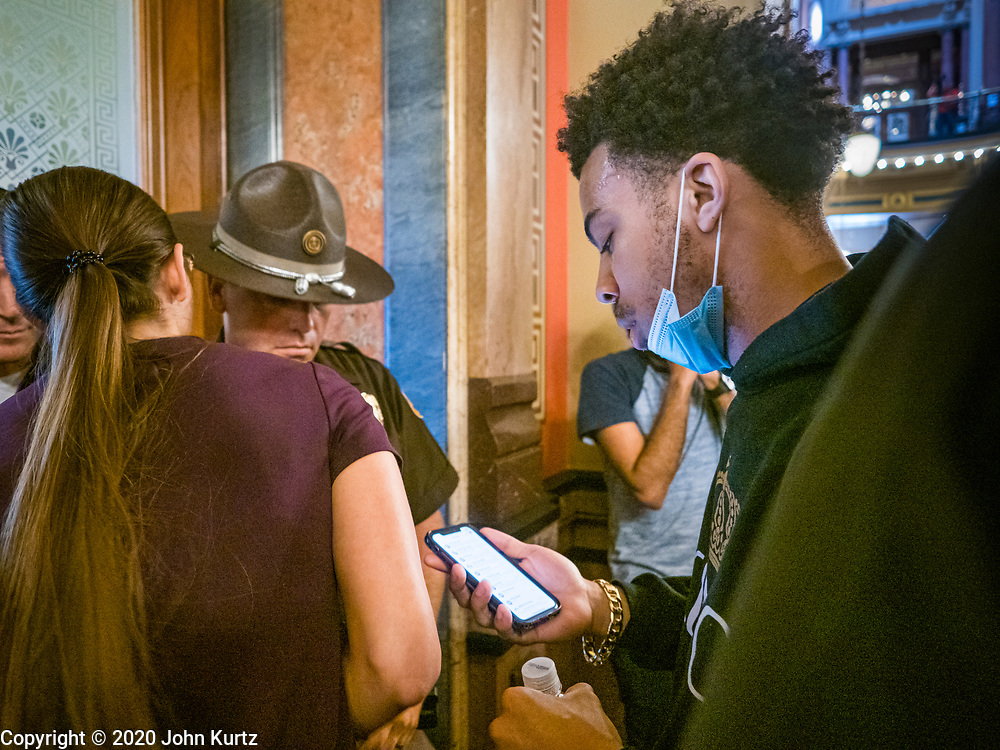