11 JANUARY 2014 - BANGKOK, THAILAND: A detail photo of a fighting cock having its eye worked on after a cockfight in Bangkok. Cockfighting dates back over 3,000 years and is still popular in many countries throughout the world today, including Thailand. Cockfighting is legal in Thailand. Unlike some countries, Thai cockfighting does not use artificial spurs to increase injury and does not employ the ‘fight to the death rule’. Thai birds live to fight another day and are retired after two years of competing. Cockfighting is enjoyed by over 200,000 people in Thailand each weekend at over 75 licensed venues. Fighting cocks live for about 10 years and only fight for 2nd and 3rd years of their lives. Most have only four fights per year. Most times the winner is based on which rooster stops fighting or tires first rather than which is the most severely injured. Although gambling is illegal in Thailand, many times fight promoters are able to get an exemption to the gambling laws and a lot of money is wagered on the fights. PHOTO BY JACK KURTZ 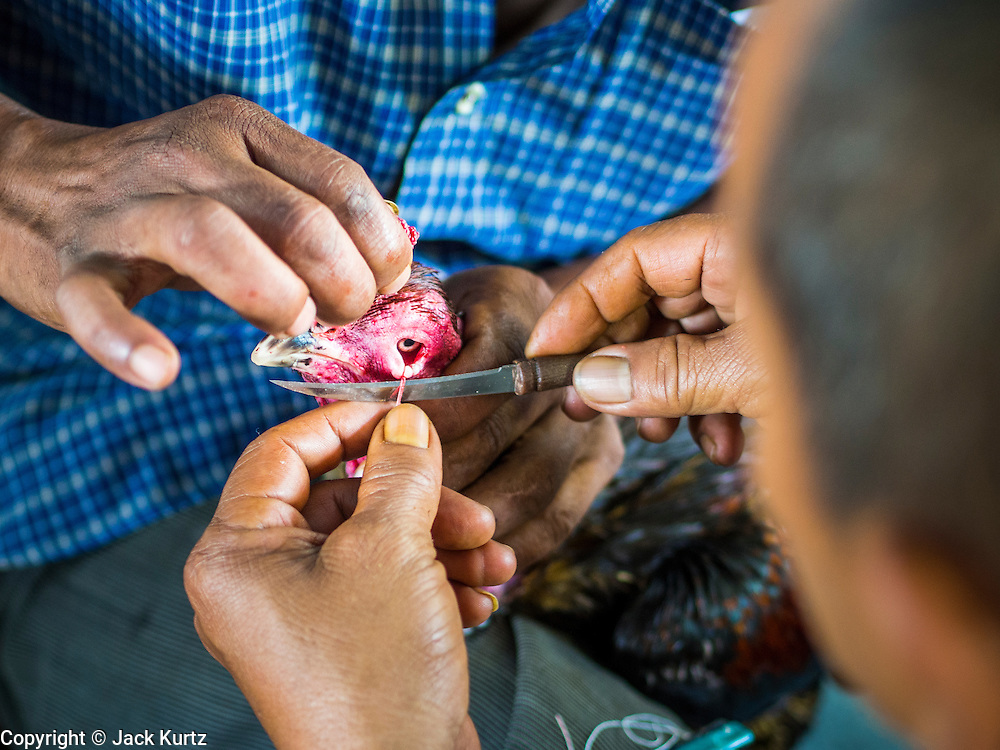