12 JULY 2018 - SAMUT PRAKAN, SAMUT PRAKAN, THAILAND: A fish monger struggles to hold up a large fish he has for sale in Pak Nam market in Samut Prakan. Fish consumption recently hit a record high according to a report published this week by the United Nations Food and Agriculture Organization. The FAO reported that global fish production peaked at about 171 million tonnes in 2016, 47 percent of it from fish farming. The FAO also reported that global fish consumption between 1961 and 2016 was rose nearly twice as fast as population growth. In 2015, fish accounted for about 17 percent of the animal protein consumed globally. This has ramifications for Thailand, which has one of the world’s largest fish and seafood industries. About 90% of Thailand’s seafood production is exported, which accounts for about 4% of Thailand’s exports. PHOTO BY JACK KURTZ 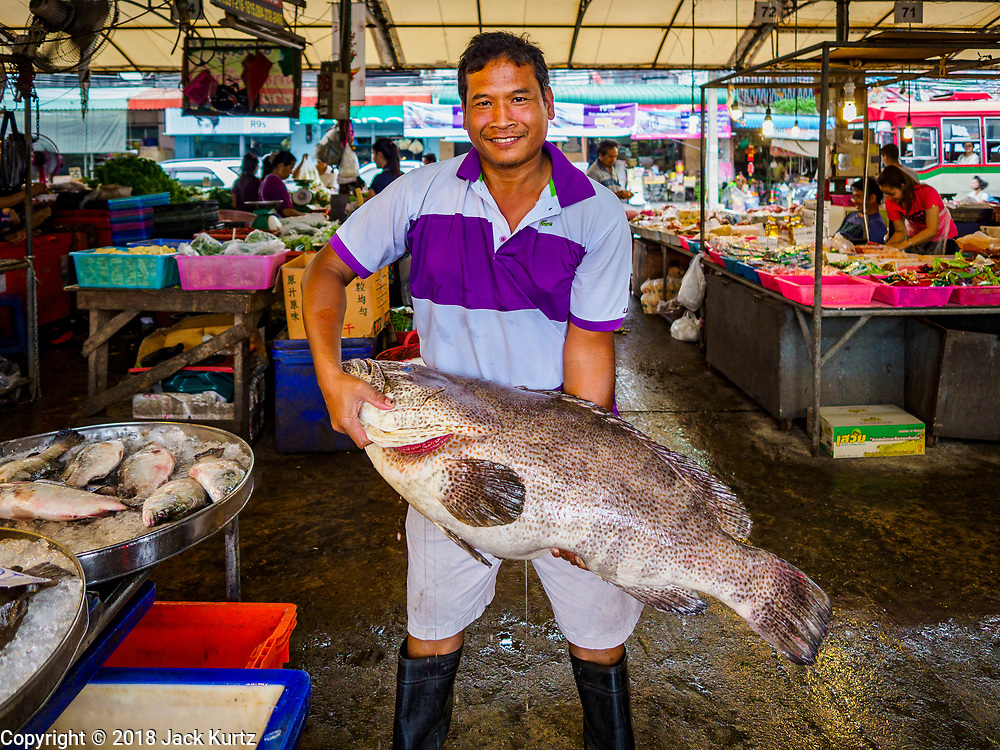