11 JULY 2010 - PHOENIX, AZ: People pray the rosary in Phoenix Sunday night. About 40 people gather nightly at an intersection in an immigrants' neighborhood in Phoenix to pray the rosary in opposition to Arizona SB 1070, a law that requires local police to question the immigration status of people they have probably cause to believe might be in the US illegally. Probable cause can include a traffic stop like speeding or having a cracked windshield. The law is being challenged in federal courts by several parties, including the US Department of Justice, which claims the law is unconstitutional because only the federal government can enact and enforce immigration laws. PHOTO BY JACK KURTZ 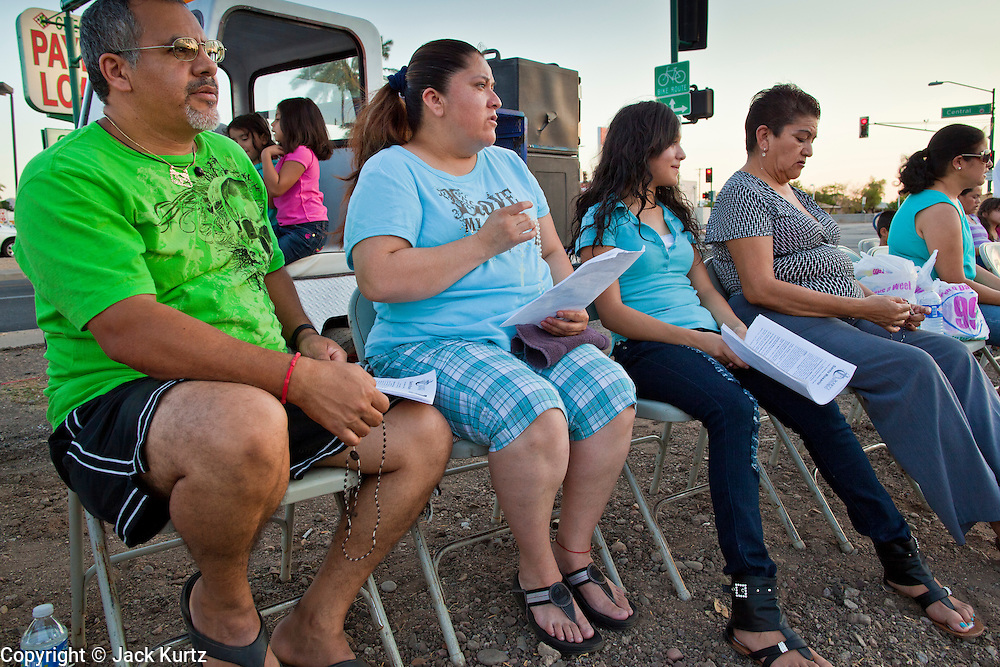