01 MAY 2006 - PHOENIX, AZ: BENJAMIN CAMPOS, an immigrant from Mexico whose daughter is in the US Army was one of about 1000 immigrants who pickted a street corner in Phoenix near a Home Depot store during a protest in favor of immigration reform during the "Day without Immigrants" protest in Phoenix. About 1,000 people picketed the corner, which had been a popular gathering spot for day laborers until Home Depot took action to keep day laborers off their property. Immigrants rights groups picketed two Home Depot stores, a pallet manufacturing plant and a public school during the protest. Photo by Jack Kurtz 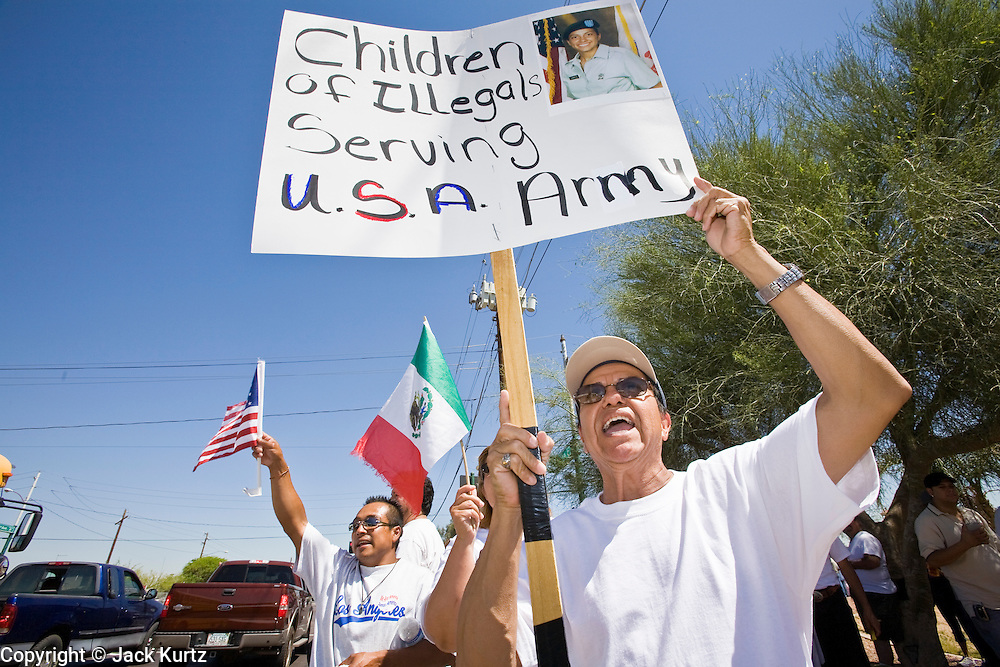