05 MAY 2008 -- BUCKEYE, AZ: A front end loader moves feed corn into a mill to process it into cattle feed at the Heiden Land & Cattle Compnay feed lot in Buckeye, AZ. Les Heiden, owner of the Heiden Land & Cattle Company, said his corn prices have gone up by 123% since May, 2006. He attributes about 85 percent of the price increase to the ethanol industry, which he said his buying five times more corn now than they were two years ago. Heiden feeds about 4,500 head of cattle in his feed lot, which is west of Phoenix. Photo by Jack Kurtz 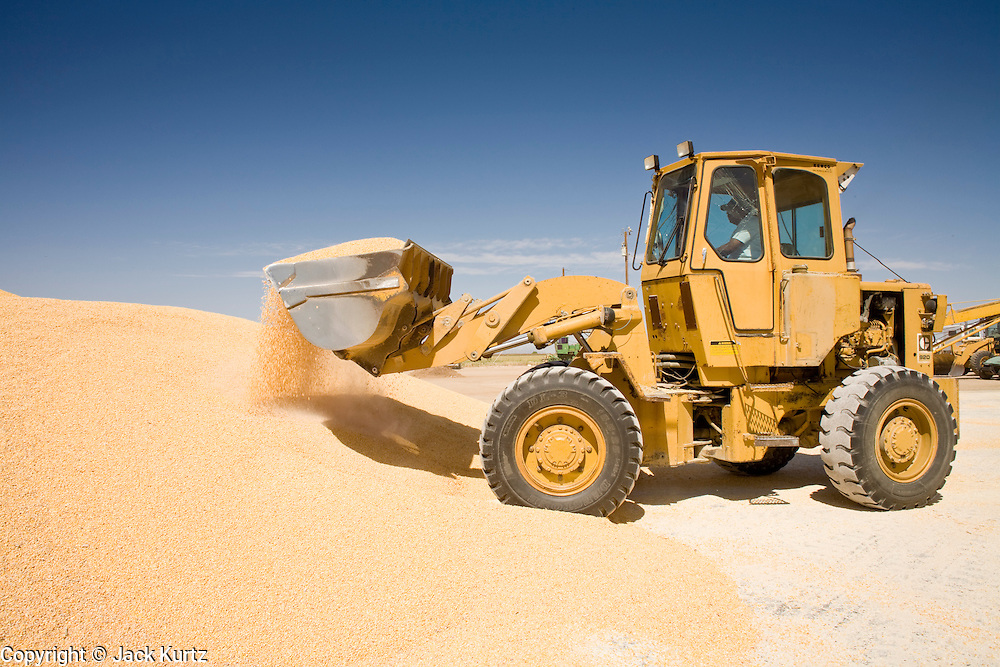