19 NOVEMBER 2018 - BANGKOK, THAILAND: School boys drum in the style popular in the Isan region of Thailand during the Loy Krathong Fair along Klong (Canal) Ong Ang in Bangkok. This the first public event along the canal. Businesses that line the canal weve evicted about two years and the walkways along the canal were renovated. Loy Krathong takes place on the evening of the full moon of the 12th month in the traditional Thai lunar calendar. In the western calendar this usually falls in November. Loy means 'to float', while krathong refers to the usually lotus-shaped container which floats on the water. Traditional krathongs are made of the layers of the trunk of a banana tree or a spider lily plant. Now, many people use krathongs of baked bread which disintegrate in the water and feed the fish. A krathong is decorated with elaborately folded banana leaves, incense sticks, and a candle. A small coin is sometimes included as an offering to the river spirits. On the night of the full moon, Thais launch their krathong on a river, canal or a pond, making a wish as they do so. The krathongs made at the Klong Ong Ang fair were made out of bread so they would decompose and feed the fish in the canal. Loy Krathong will be celebrated on November 22 this year. PHOTO BY JACK KURTZ 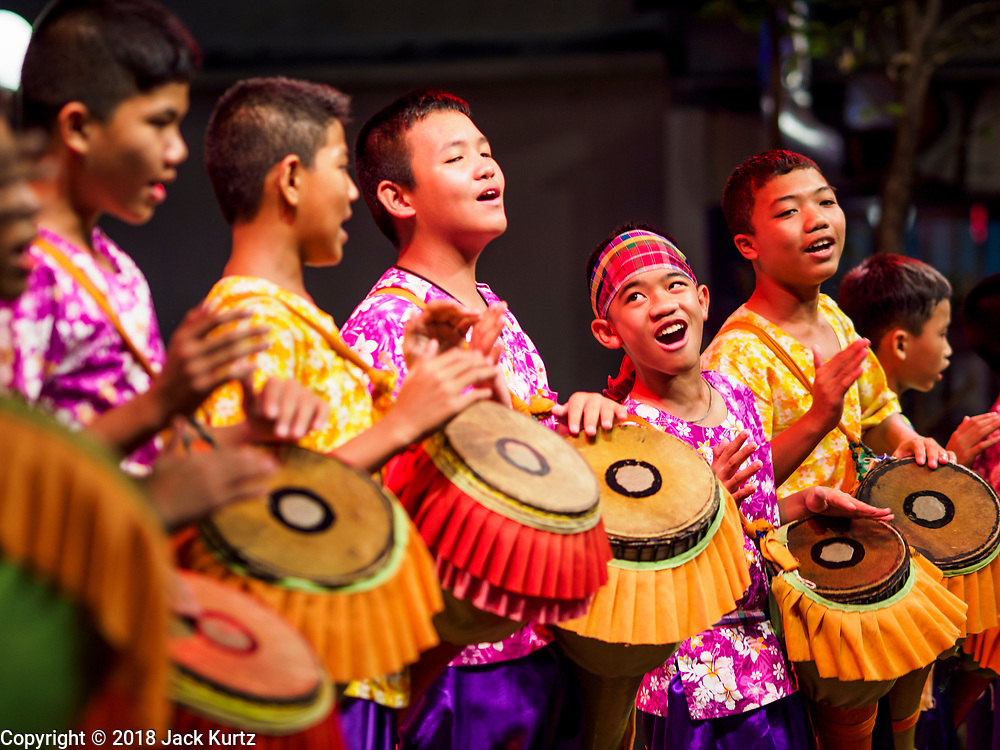