Apr. 18, 2010 - Bangkok, Thailand: Pink Shirt peace demonstrators hold up photos of the Thai Monarch, King Bhumibol Adulyadej, during a rally against the Red Shirts Sunday. Thousands of so called "Pink Shirts" jammed the area around Victory Monument in Bangkok to show support the Thai Monarch, King Bhumibol Adulyadej, and against the Red Shirts, who are demonstrating just a few kilometres away in the Ratchaprasong area. The Pink Shirts claim to not support either of the other political factions who wear colors - the Red Shirts, who support deposed Prime Minister Thaksin Shinawatra and their opponents the Yellow Shirts, who are against Thaksin. Photo By Jack Kurtz 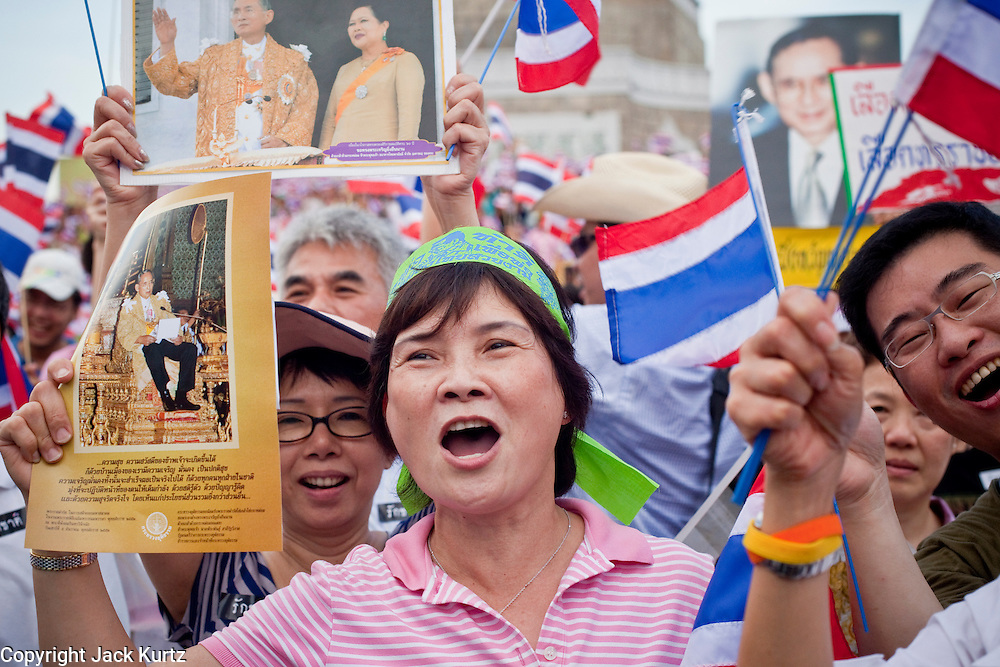