02 JANUARY 2008 -- PHOENIX, AZ: ROSIE VILLEGAS-SMITH (left) and ISABEL GALINDO, immigrant rights activists, pray for peace and immigration reform in front of the Macehualli Work Center while anti-immigrant protestors picket the center behind them. Anti-immigration protestors who had been staging demonstrations in central Phoenix have moved their pickets to the Macehualli Work Center in north Phoenix. The work center is a pick up and staging area for day laborers, many of whom are illegal immigrants. The protestors hope that they can shut down the center by photographing and videotaping people who come and go from the center, both those looking for work and those looking for workers. The picketers, from a variety of anti-immigration groups, have promised to turn their photos and video tapes over to the Maricopa County Attorney for use in prosecuting immigration and employer sanctions crimes. The picketers vow to stay at the center until it closes. A new "employer sanctions" law became active in Arizona on January 1, 2008. Upon the first conviction, the law suspends the business license of any business that knowlingly hires an illegal worker and permanently revokes the business license of a business convicted a second time of hiring an illegal worker. The law is widely seen as being the toughest anti-immigrant law in the US and is being contested in federal court by a coalition of Arizona businesses. Photo by Jack Kurtz 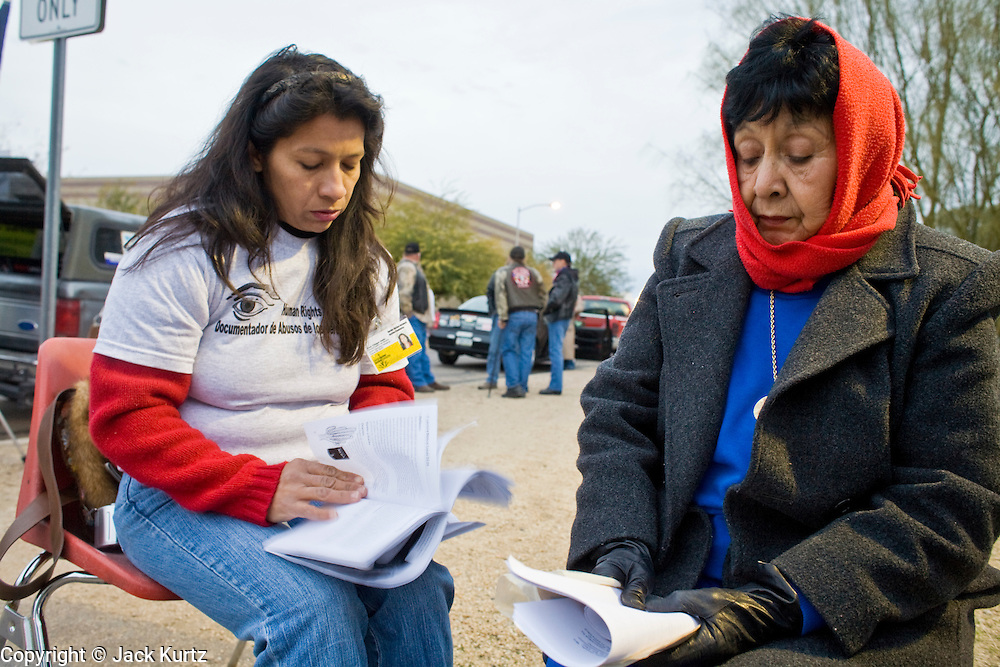