09 NOVEMBER 2013 - PHOENIX, AZ: A Tea Party fridge magnet on the refregerator in the district office of Congressman David Schweikert (R-AZ) in Scottsdale. Congressman Schweikert represents Arizona's 6th Congressional District. Most of the district is in Scottsdale, a wealthy suburb of Phoenix and one of the wealthiest cities in the United States. Schweikert is a staunch conservative and popular with the Tea Party. He supported the government shutdown in October. PHOTO BY JACK KURTZ 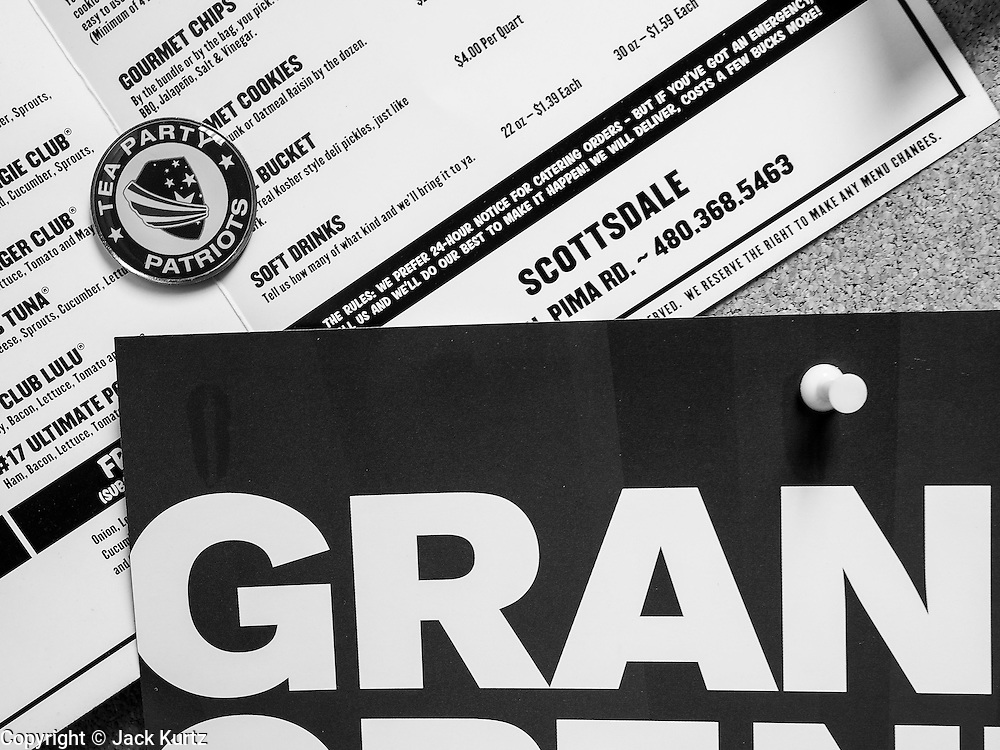