01 JANUARY 2014 - BANGKOK, THAILAND: A child walks between rows of merit makers before a merit making ceremony. Thousands of anti-government protestors are camped out at Democracy Monument in central Bangkok protesting against the government of Yingluck Shinawatra. The protest leader, Suthep Thaugsuban, has called for residents of the Thai capital to rise up against Yingluck. He has promised to shut the city of 12 million down in his final push to overthrow the government. About 100 members of the Thailand's Buddhist clergy visited the protest site Wednesday morning for a special merit making ceremony for the protestors. PHOTO BY JACK KURTZ 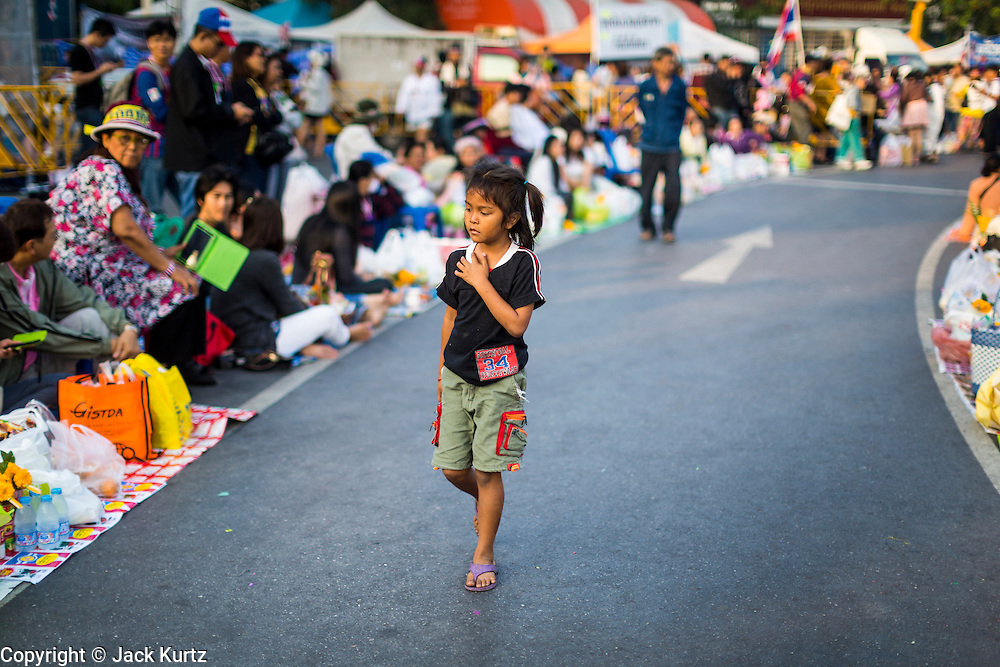